I’ve an addictive personality.  There are some ‘traditional’ substances used by addicts for which I have no interest, or hook.  Tobacco, harder stuff.  Others I can ignore, not so much (caffeine – as George Carlin said, the low end of the speed spectrum).  Thankfully, in my current state-of-mind, I’ve no choice but to ignore the pull.  Perhaps I should have said in my current state-of-wallet.
“Hi, I’m Guffaw, and I’m a Gun Addict!”  (Hi, Guffaw!)
Due to my current financial condition, I’m unable to fill that need.  And, I’m jonesing.
In the early 70’s, I wanted firearms.  For self-protection, recreation, job use, I told myself.  Ha.  It started with one.  Doesn’t it always?  This desire began a long trek from one, eventually to a gun vault with 50+!  And, that wasn’t enough.  Holsters, reloaders, cases-of-ammunition, range memberships, ‘shootin’ buddies,
CCW permits, training classes, certifications, teaching students…
Then came the burglary.  And I was forced to go cold steel.  Fortunately, I had a couple gats with me to tide me over.  But, it’s a long time between connections.  I don’t particularly miss the beat-up, used Kel-tec 9mm, or the S&W bright nickel 39 pimp gun I bought as a joke (with smooth rosewood stocks!).  But, the early S&W model 60, and the almost pristine Browning High Power.  Man, you’ve no idea!  Well, you probably do.  You probably tell yourself you come to these meetings for the donuts.  But, you’re just like me, an addict.  Seek help.

“I must not fear. Fear is the mind-killer. Fear is the little-death that brings total obliteration. I will face my fear. I will permit it to pass over me and through me. And when it has gone past I will turn the inner eye to see its path. Where the fear has gone there will be nothing. Only I will remain. “
– Bene Gesserit, from Frank Herbert’s Dune

I’ve been dealing with much fear, lately.  I find the above verse comforting, and in the word permit, action is taken.  This, for me, is what I need, to take action to move past, no through the fear.

One of my Blog Moms, Brigid, of Home on the Range posted a moving message for everyone, worker, soldier and bureaucrat alike.  You should go there and read it.  There is power and understanding in her words.  gfa

There’s been much buzz lately on Internet gun sites regarding ‘snubbies’.  The generally smaller revolvers, with truncated barrels, usually tucked away in pockets or purses.  They’re not the easiest to master, what with short sight radii and traditionally heavy triggers.  But, sometimes, they’re just the ticket.
Concealed-carry, even of these guns, can be challenging.  Maybe you can’t have a bag or briefcase, and your particular business fashion dictates waistbands or pockets a poor choice.  So you move to an ankle-carry.  This facilitates a quality ankle-holster and pant legs roomy enough for discretion.
But, how to do the presentation?  Most training in this matter, unfortunately, comes to us from movies and tv, and just like the tv training on proper pistol technique, it’s found lacking.  (think cup-and-saucer)
Some years ago, I knew a man who was over 6′, 300+ pounds, who developed a proper presentation from the ankle.  It was even published in conjunction with another article in the 70’s, in Guns magazine, I believe.  Rather than bending forward from the waist and pulling up the pant leg, or, dropping to kneeling
and having to yank up the now-constricted cuff from the weapon, there is another option:

From standing, raise your gun-leg knee, as if marching…
Firmly grab the pant cuff with both hands, and simultaneously
STEP FORWARD INTO KNEELING.

This places you into kneeling quickly, your holster is now uncovered, and you may complete your presentation.
I’ve seen this done from buzzer to bullet downrange in under 3 seconds!  By a large guy!
For those with the necessary flexibility and fashion constraints, this could be an answer.

A dear friend has a co-worker whom she’s known for many years.  She mentioned his service to me, and I thought it appropriate to pass it on to you.
In his blogs, he details his previous service in Korea, and current service in Sather AB, IRAQ.

Please go read his blogs.  He likes letters and care packages.
And remember to thank him for his service!

I’ve always had problems with rust.  Not me, personally, but with carried firearms.  My body chemistry seems to convert steel to iron oxide with impunity.  My shooting buddies and I used to joke about how I could walk by a gun store (which I would never do) and the firearms on display would turn orange by osmosis.  Back when I stopped carrying the S&W 59 and went to the 49 snub, I was still employed at the convenience store, and carried cross-draw, appendix-style (I’m left-handed).  Daily, religiously, I would return home, and vigorously bathe the blued-steel revolver in gun oil and/or WD 40, and wipe it down.  All this succeeded in doing was to create an oily, dark circle about 7 inches across, on my t-shirts and shorts.  The gun still corroded.  (I’ve since learned that WD 40 is extremely penetrating, and should not be anywhere near live primers, lest they become dead primers!  Fortunately, this never happened to mine!)
Then, I discovered stainless steel.  I thought, great!  What a godsend!  Not so fast there, Guffaw!  While stainless has it’s value, and is more impervious to corrosion, it’s not immune.  German for stainless is rost-frei,
meaning rust free.  Not true – those damn German metallurgists lie.  The point is, maintenance beats reliance on metallurgical magic, every time.  One of my current carry-pieces is a S&W 442, electroless nickle.  Even with regular maintenance, she still has pitting!  Well(confession), maybe not all that regular.  She still shoots, though!  And my skivvies aren’t brown-at least around my appendix.

I’ve added the first non-gun-specific Civil Rights organization to my links, below:  The Congress of Racial Equality.  This is an organization which grew parallel with the NAACP in the 60’s, to stamp out race hatred and promote true equality of opportunity.
This organization supports all law-abiding citizens’ right to self-defense.  This separates it from some other groups, who while they promote equality, do not support the Right to Keep and Bear Arms.
The National Rifle Association, who sent members all over the South in the 50’s to train folks to protect themselves against racial violence, actively recommends this organization.
As do I.

The positive reinforcement I’ve received because of this blog has been astounding.  But, in addition to the many positive things, there also have been negative.  None from readers, only me.  I’ve been postponing some stuff with which I need to attend, and one of the excuses I use is ‘I want need to work on the blog’.  As a result, I’m signing off for a while, today, to attend to these things.  Hopefully, I’ll be back later, with a real post.

Candles kill more than nuclear
Indeed many things are far more dangerous than nuclear power plants, at least they have caused far more deaths and mayhem. Here are some annual death statistics from the USA that cause many more deaths, taken from here and here. Why don’t we ban all of these menacing products?

Candles kill 126 – in just a single year and in a single country! Having a reliable supply of electricity would mean less use of candles, and so lives would be saved. As far as I know, all of the above killer items are being sold without protest.  Here are some other killers: 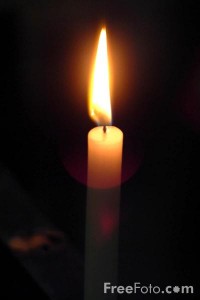 Yes, even the lowly blind cord has killed more than U.S. nuclear power plants have.