One of MY Senators.  John McCain.  Long-time holder of the United States Senate Seat formerly held by Barry Goldwater.  Who undoubtedly is now spinning in his grave. 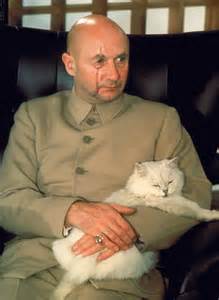 In a meeting that created headlines all over the world, U.S. Sen. John McCain, R-Ariz., had a private summit with atheist collectivist billionaire George Soros, whom TV and radio personality Glenn Beck once dubbed as “Spooky Dude.”

Soros is widely known for funding hundreds of leftist, collectivist political action organizations, including the infamous Center for American Progress, which he created specifically as a think-tank for Hillary Clinton. He has also advised Barack Obama to ignore Constitutional limits on his power in order to “rule by executive order.”

The McCain-Soros meeting took place in Switzerland Saturday at the World Economic Summit attended by some 40 world leaders to discuss how to reinvigorate the global economy.

Of course, it’s not as if we didn’t already know Senator McCain to be a waffling, double-dealing RINO of epic proportions.

(I know, I previously stated I would not use ad-hominem attacks on public figures in my blog.  Everything I said about the Senator is true.  And Mr. Soros insured his own survival by turning his own relatives into the Nazis during WWII.  He IS a rat fink!)

I'm a child of the 50's. libertarian, now medically-retired. I've been a certified firearms trainer, a private investigator, and worked for a major credit card company for almost 22 years. I am a proud NRA Life Member. I am a limited-government, free-market capitalist, who believes in the U.S. Constitution and the Rule of Law.
View all posts by guffaw1952 »
« For All You EVIL 1%-ers Out There…
Federal Gun Registration In North Carolina? »