Ninety Miles From Tyranny brings us the story…

How girl ELEVEN grabbed gun and shot dead cougar that was stalking her brother, 13, outside their house (link)

Of course, these kids would have been much safer had they no firearm or safety or shooting instruction or access to firearms.  After all, the cougars were here first.

Picking on a poor, defenseless animal like that, how dare they!

It’s for the children…

WHY Do They Do THIS? 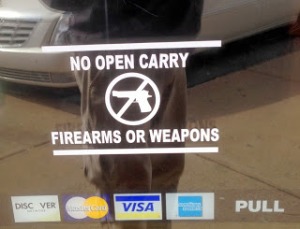 Regarding the restaurant’s decision to limit the patronage of their establishment, and his decision to not eat there, henceforth.

One of his commenters, Papa Bear, posted the following:

Huh, I wonder what would happen if I owned a business and posted a sign “No openly gay or closet individuals allowed”?

I still believe in the businesses right to refuse service, and the individual’s right to vote with their feet, and take their stomachs and money elsewhere.

Of course, as another of Murphy’s commenters said (in part):

They do have that right, and they are allowed to make that business decision. We, however, also have a right to take our business there or elsewhere. Well, we did until Obamacare came about, anyhow.

As my dear departed Father used to say, “ANOTHER country heard from!”

I fear that decision has already been made…

THIS JUST IN.  ARIZONA GOVERNOR JAN BREWER VETOED THE BILL.  Was it her choice as governor, or ‘the will of the ‘majority’?  Who knows?

The United States seems hell-bent on making all nationalities resident here inclusive – even those who aren’t here legally and those who fail to assimilate into American culture.

And those who refuse to learn or use English.

My ancestors came here legally from Germany (and Ireland – kinda already speaking English!). learned it and assimilated.  There were proud Americans.

Witness below the nation/nation-state/Russian satellite of The Ukraine:

Nationalism unites, and multi-culti ‘diversity’ divides. So does culture and language.

– Paying attention yet America? Liking how that whole ‘diversty’ joke is working for you?

Belgians have the whole Flemish vs. Walloon thing.

– I don’t know if this is WHY Brussels is so dysfunctional, but when all else fails it never hurts to go with “blame the French.”

Many of us understand what happened in the former Yugoslavia. The linguistic divide between Bosnian-Croatian-Serbian, Slovene, and Macedonian (plus a few more languages) made the ‘country’ less functional than their infamous car, the Yugo. (map and text courtesy of Theo Spark)

Is anyone in our State Department listening?  If not, press one for ENGLISH.

“Ye Shall Know The Truth…

…And The Truth Shall Set Ye Free!”

Kevin Baker, of The Smallest Minority fame, said what many (including me) have been thinking, with regard to this Arizona ‘Right To Refuse Service’ Bill pending in State government.

The liberal media have been painting this as pure bigotry by Christians against Gays.  “It’s another black mark against Arizona – we could lose the Super Bowl!”

And, that may be true.  But that doesn’t mean it isn’t necessary.

I, for one, do not like the government mandating with whom I may or may not do business.  Period.

I think the free marketplace will provide a solution.  If you don’t like (gays, blacks, women, short people, Republicans, Jews ad infinitum, ad nauseum)  FINE.  Don’t do business with them.

And see how your profits dry up.

I don’t have a business, but, if I did, I’d choose not to do business with felons, pedophiles and bureaucrats.  I know, I’m repeating myself…

But, Kevin says it better:

The function of government should not be to punish people for acting on their fervently held beliefs.  It’s function should be to ensure that potential customers are made aware up front who a person, business or legal entity will refuse service to.

They already do that in a tiny way under Arizona Revised Statute §4-229, which states:
A. A person with a permit issued pursuant to section 13-3112 may carry a concealed handgun on the premises of a licensee who is an on-sale retailer unless the licensee posts a sign that clearly prohibits the possession of weapons on the licensed premises. The sign shall conform to the following requirements:

1. Be posted in a conspicuous location accessible to the general public and immediately adjacent to the liquor license posted on the licensed premises.

2. Contain a pictogram that shows a firearm within a red circle and a diagonal red line across the firearm.

So, the legislature should simply extend this logic to whatever other prejudices there are out there and require signage to advise potential customers where they’re not wanted.  Something like this, for instance:

That way everyone will know right up front what kind of bigots they will be dealing with, and can decide for themselves whether or not they want to spend their money there. No hurt feelings, no lawsuits.

PS – The media is all up in arms (figuratively, of course) about conservative Christians.  What about those Muslims who not only don’t want to serve gays, but want to KILL THEM?  Oh, that’s right.  We can’t talk about them, that’s (bigoted, racist, non-inclusive).

Political Correctness IS killing this Nation!

If you’ve read my blog at all, your probably know about my blogmothers.  One of them is the lovely and brilliant Brigid, who has shared on her blog many times her adventures with her black Labrador, Barkley.

If you’ve not done so already, please visit Home On The Range and post your condolences.  Losing a pet is so very sad.

I think it was George Carlin who said something to the effect that getting a pet is sad, because we know the inevitable outcome.

What he didn’t say was, it’s always worth it.

Even those of us who never got to scratch you in person will miss you, my friend

Through A Blog, Snarkily…

Tamara (the Mistress of Snark) reconfirms her title yet again, with a post on fascism, of epic snark!

Therefore, when zampolits come to the American broadcasting industry, they’re not going to be Sam Brown-wearing extras from a documentary about the RMVP:

See, when The Censor shows up, she’ll have nothing so crude as a red grease-pencil or a razor blade.  She’ll be wearing a nice business suit, not a brass-buttoned black uniform and shiny jackboots — and she may well have no idea what she’s really there to do.  It’s the soft fascism of dim expectations.

And here’s the line which wins the Internets!

American fascism is of the smiley-faced, good for you, eat-your-vegetables, low-fat, mandatory fun variety. In the USA, it’s already a borderline crime to do unhealthy things and not like people.

You should go and read the whole thing.  Of course you should be stopping by her blog multiple times daily, anyway.

Lest she hurt you.

So, I’m working in a large Costco-style store, just to the right of the main door, where people usually walk by to the 55 gallon drums of Cheetos, SELLING HOLSTERS!

And they are displayed much like at the big gun shows, on heavy vertical frames consisting of black wire rectangles.  And, not being used to standing on my feet any longer, I’m taking a break, on the nearby park bench (?) within earshot of the holster sales area.

And two of my co-workers are alleged to be covering for me.

A customer appears, resembling one of the Orange Gunsite instructors I know, a retired AZDPS guy.  He’s looking at the holsters, in particular a soft tan chamois number, with multiple belt snaps, including one right in the middle of the top(?)

It’s made by Bianchi (say BEE-YANKEE) and resembles a rough-out leather 5-cigar case with snaps and straps at one end.  I’ve no idea what model of pistol it is for.

And my relievers are no where to be found – and I’m tired and in pain.

But, duty calls, and I go to the customer just before he leaves, miffed.

And he explains he usually just cuts off the weird center strap, for no particular reason.

THEN I WAKE UP!

I swear, I only had ONE 12 year old single-malt Scotch last night!  (with, of course, two squares of dark chocolate) !  What’s up with this dream?

FTC – this was just a dream.  Neither Costco or Bianchi gave me anything!  And I bought the Scotch and chocolate myself – with help from a friend!)

The Art of Manliness (my go-to place for classic wisdom on the Web) recent posted 20 aphorisms, abhored (or ignored) in youth, but appreciated as I got older.  (Sometimes)

An aphorism is a short, pithy statement that conveys a principle or contains a pearl of wisdom. Part of what makes them so powerful is that they can stand on their own without context; as the philologist Karl Wilhelm Friedrich Schlegel put it, “An aphorism ought to be entirely isolated from the surrounding world like a little work of art and complete in itself like a hedgehog.”

Here is one.  CLICK on it to link to the remaining 19. 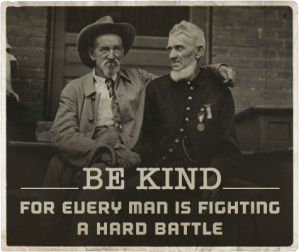 I always thought it should end in rewind.  Obviously, I’m old.

The above words actually exited my mouth when I saw the following:

BAD SHOOT: Detective that claimed “we don’t have time for this” before killing 90-pound teen is indicted for voluntary manslaughter

It’s not a murder charge, but it’s more than I expected.

Am I PARANOID, Or WHAT?

My lovely sister sent out a group email recently, touting an interview she saw with a medical doctor.  In the interview, he lauds the growth of cellular telephone technology as it relates to medicine.

Some pretty remarkable stuff, too!  The interview is a few minutes.  Watch:

However two things occurred to me.  One.  THIS is the sawbones that got the ball rolling on the VIOXX ban – a medication which was working well for me, but was banned by the government three weeks after it was prescribed for me!

Two.  Many of the methods he uses with his IPhone sound WONDERFUL!  Resulting in less expensive, more correct diagnoses, better, closer doctor/patient relationships.

So, what’s my problem?

WHO has been wholesale hacking cell phones and their data?

There seems to be a big push to make mental health medical records available with regard to government ‘permission’ to exercise one’s Second Amendment rights.  Do you really trust the same government who has been surveilling you, your cell phone habits, your computer use, your telephone calls, Email and snail mail etc., to have access to your private medical records – now made more efficient via new technology – and either share it illegally OR perhaps alter it enough to magically change you into a prohibited possessor?

From the same folks who determined if you are a veteran, and your wife does the finances you are incompetent and must give up gun ownership…