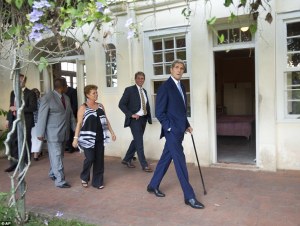 Is it ironic, that JFK had tried to remove Castro, by failed invasion, blockade, and by assassination?  And now the United States Secretary of State carries his cane to Cuba?

I’m thinking this was not just a serendipitous fashion statement.

How the Democratic Party has changed?!

Once-upon-a-time, the Democrats were for social programs, but were vehemently anti-communist.

Apparently, not any more… 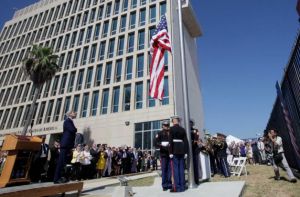 At least Kerry knows which hand to use when saluting…

(To be fair, NIXON (a Republican) opened the way to China, to whom we now owe our economic life.)

The times, they are a changin’.

I'm a child of the 50's. libertarian, now medically-retired. I've been a certified firearms trainer, a private investigator, and worked for a major credit card company for almost 22 years. I am a proud NRA Life Member. I am a limited-government, free-market capitalist, who believes in the U.S. Constitution and the Rule of Law.
View all posts by guffaw1952 »
« False Flags
For Those Just Arriving From The Equator »