Walter and I have been friends for over 40 years.  Walter

Not particularly close friends, or always in touch.  But you can see from my previous blog post (the link above) that he is a good man and friend.

I received word from a mutual friend yesterday that he’s been going through some difficult times.  To say the least.  His beloved girlfriend Bettina of (10+?) years, who has had many health problems, passed away recently.

And Walter attempted to end his life.  He is now in a rehab facility, due to the health problems linked to the medication used.

He is expected to be released Monday.

Walter’s apartment is infested with bedbugs – and they have sprayed so much insecticide that he cannot stay there for fear of illness.

Now he has no place to go.

His brother and sister are trying to help, but have their own limitations.

Please keep Walter in your thoughts, and if you pray, pray.

He IS a good man!

THIS JUST IN – I spoke with Walter last night.  He seems to be doing okay, considering.  He sounded medicated and very tired, and is using a walker.  I told him I would check back often.

Another Day In History

Most of you ‘regular’ readers know I have morning routines, in part involving the reading of Ref Desk’s Historic Events and Birthdates.

And some days just seem to have more history than others!

Birthdates which occurred on January 29:

Deaths which occurred on January 29:

1977 Freddie Prinze comedian/actor (Chico & the Man), shoots himself at 22

1863 Battle at Bear River WA US Army vs Indians

Of course, there are many more entries…

Coming Soon To A Police Radio Near You…

Swedish police will no longer be able to give descriptions of alleged criminals for fear of being seen as racist.

According to an internal letter, police in capital city Stockholm are instructed to refrain from describing suspects’ race and nationality, according to news website Speisa.

Local newspaper Svenska Dagbadet reported it had seen the letter, which it said outlined how officers should now notify the public of crimes.

Of course, this is concurrent with the massive influx of rapist, terrorist refugees from Syria and other Arab countries.
Oops, sorry, I’m not supossed to mention that!
h/t Brock Townsend

If you watched the State of the Union address, you know that closing the prison at Guantanamo Bay is still a top priority for President Obama.

Despite signing a closure order way back in January of 2009, the Commander in Chief has failed to follow through and the facility remains open. Now, the clock is ticking and Obama has stepped up the release of Gitmo inmates.  In just the last two weeks, he’s unshackled another four prisoners.

Among those recently set free is 40-year-old Muhammad al Rahman al-Shumrani.  According to his file, he was born in Saudi Arabia, he’s in good health, and oh! This is interesting: He’s vowed to kill as many Americans as possible – in multiple countries – if he’s ever released from his cell.

On 14 October 2007, detainee stated, “When I get out of here, I will go to Iraq and Afghanistan and kill as many Americans as I can. Then I will come here and kill more Americans.” 35 ? (S//NF) Detainee stated, “I love Usama Bin Laden and Mullah Omar and if I ever get out of Guantanamo I will…

One only hopes they are training to defend our individual liberties and loved ones, and not to take them away…

Variations On A Theme 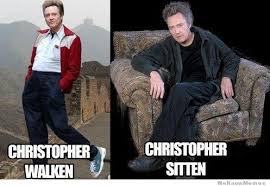 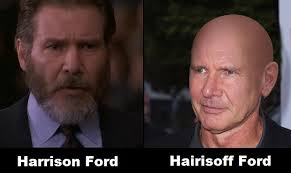 Just because we’ve not GUFFAWED in a while!

Surveillance, By The Numbers

(Nick Otto/For The Washington Post)
FRESNO, Calif. — While officers raced to a recent 911 call about a man threatening his ex-girlfriend, a police operator in headquarters consulted software that scored the suspect’s potential for violence the way a bank might run a credit report.The program scoured billions of data points, including arrest reports, property records, commercial databases, deep Web searches and the man’s social- media postings. It calculated his threat level as the highest of three color-coded scores: a bright red warning.The man had a firearm conviction and gang associations, so out of caution police called a negotiator. The suspect surrendered, and police said the intelligence helped them make the right call — it turned out he had a gun. (…)

Another twist on ‘the machine’ from TV’s Person of Interest.  Not video or audio surveillance, but data-mining to determine if a person-of-interest is a potential danger.I wonder if it finds blog posts and comments and scores them with regard to potential danger, based on a peaceful expression of concern for governmental abuses?Guess I’m worthy of a bright red warning…h/t Liberty Headlines

We’ve been watching Netflix NARCOS, a docu-drama about the rise and fall of Pablo Escobar, for a time, the most wanted drug lord in the World.

He did take some of his ill-gotten gains and improved many communities with electric lighting for soccer fields, and support for national (versus foreign) made industries.

This gave him a Robin Hood image, and allowed him access as a national legislator (for a short time).

By promising to give the people what they want.

Now, WE have this guy…

Not a criminal, murdering, drug smuggler, but still wanting to take money from corporations and individuals, and redistribute it.

Because he believes government can and should.

To give (some of) the people what they want.

The current occupant of the White House is a middle-aged Black socialist, who wants to level the playing field (his words).

Now this pretender to the throne wants to do the same thing – and he’s an old, White guy!

And both keep referring to this nation as a democracy!

NOT voting for socialists is not a race issue.  It’s a Republic issue.

One doesn’t need to be a drug smuggler to see that.

Bayou Renaissance Man recently regaled us with a story, and a photo:

No salivating on the shooting range!

Now and again commercialism gets so weird that it jumps the shark.  I think that’s just happened (or is that ‘happened again’?) in the shooting sports.  5.11 Tactical, an otherwise respected producer of so-called ‘tactical’ clothing and related products, has announced at the 2016 SHOT Show that it’s developed – wait for it – ‘Raven Range Capri‘ trousers for women, which have instantly (and inevitably) become known as ‘Tactical Yoga Pants’. 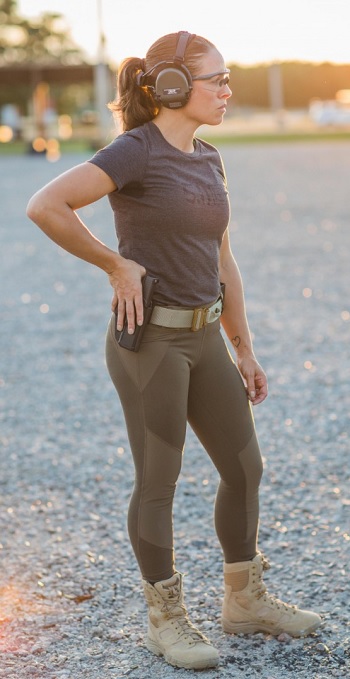 The funniest thing about them, to my mind, are the comments left by readers at The Firearm Blog.  Here’s one exchange.

There are many more at the link.  Click over there for a good laugh.

Of course, this isn’t the only time 5.11 Tactical have produced something, shall we say, ‘tongue in cheek’.  A couple of years ago they came out with the ‘Tactical Duty Kilt‘.  I particularly enjoyed the fact that it was available in ‘tactical’ sizes up to the mid-50’s . . . which would indicate (a lack of) fitness and physical dexterity that’s anything but tactical!

(Yes, I do own a ‘Tactical Duty Kilt’.  My wife insisted I had to buy one for the sheer hilarity of it.  No, I won’t post a picture!)

While I can appreciate both the sentiment and the photograph, I do fear many of the potential customers will not come close to resembling the model above.
I own a 5.11 shirt (long-sleeve, O.D. green in color) which is of fine construction and quality.  It was a Christmas gift.  (5.11 gave me nothing, FTC!)
Thank you, Peter, for the Rule 5 moment.  Or perhaps multiple moments…
« Older posts