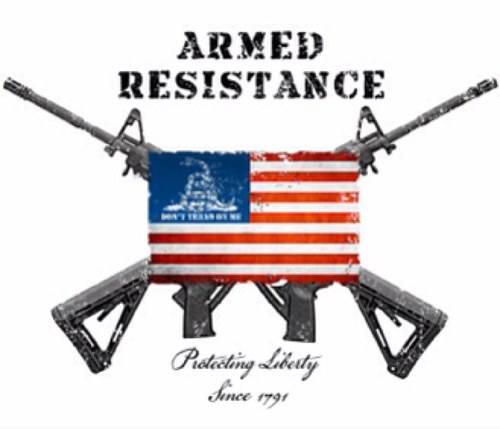 History shows that all successful revolutions established an alternate ‘shadow’ government
during the uprising.  Many of those unsuccessful also did, but weaker, less competent, or
just as corrupt as that which they opposed.  It was and is, a hallmark of the Communists.

The noise of the internet shows no such activity among the ‘Patriot’ or ‘Freedom Forces’.
Lots of gabble about local resistance, and resisting Mil/LEO oppression, all of which sounds
great over a beer and a bag of wings, but not so pretty good the deeper we get into this
morass.

The Confederacy established, from the get go, a legitimate central government, with legal
authority to act in defence of the Southern States.  Unfortunately, as a confederation of
sovereign states, it lacked the power to make its laws stick.  Lesson there for would be
secessionists.  Common cause is insufficient to ensure common effort.  Various States
went their own way, leaving Richmond to scrounge, scrabble, and root hog or die.
North Carolina and Georgia were two that withheld critical supplies from troops of other
states, in dire need.

Appomattox saw thousands of starving, ragged, barefoot rebels stack arms, while tons of
supplies were held back, including 80,000 pairs of shoes, thousands of uniform jackets,
and rations were left to be taken up by Yankee soldiers or freed slaves.  Lee had to beg
rations of Grant while warehouses in certain states were full.

In the American Revolution, New England, once the English were removed from Boston,
pretty much forgot about the war, busy selling foods and produce to the enemy; and handed
it off to Southern States to fight.  Royal Navy ships had no difficulty receiving water, meat,
vegetables or grain from the Yankee ‘rebels’.  At Valley Forge, the Army starved while good
Pennsylvania farmers supplied the British with beef, poultry, and all the sustenance needed.
The occupying forces of Philadelphia and New York never went hungry.

So, from our own history, we have key lessons in the conduct of a War for Independence.

Not everybody on your side is on your side.  Beware the convenient “Patriot”.  Beware of the
personal jealousies, selfishness, and downright ignorance of your ‘fellow patriots’.  Know that
better than two thirds of Americans did not participate in the Revolution.  Know that more than
a few ‘Southern Gentlemen’  avoided service with the Armies.  Know that many just up and left
for Europe or Mexico, to save their precious skins.  Know also that the war against Dixie was
largely fought by Irish and German immigrants, recruited for the purpose by Lincoln’s agents.

The idea of the Noble American, brave and true, is mostly a *fiction created after the fact. Yankee
states recruited ex- slaves in occupied territories and counted them against their quotas for draftees
Yankees bought ‘substitutes’ in Europe rather than get down and dirty in Southern mud and blood.
Draft dodging didn’t start with Bill Clinton. *I disagree. The War Didn’t End At Appomattox

So, all this leads to this . . . my fear is that somebody somewhere will start a fire he can’t put out.
Unprepared, unplanned, unorganized, unsupported, unwanted, the rising will be crushed locally,
and the result will pogroms against anyone suspected of harboring dissident ideas.  And America
will cheer the slaughter.  We don’t need another Shay’s Rebellion, nor another Whiskey war, nor
another Appomattox.

The Bundy Ranch incident was heartening, after a fashion, but know that DotGov is rounding up anyone they can identify for punishment.  The Refuge seige is getting the same treatment.  Neither were Lexington or Concord, nor Manassas.  DotGov demonstrated at Waco that they will kill anyone, anytime with no reason at all.  Ruby Ridge demonstrated that they will manufacture a reason if necessary, and get away with it.

I think that we’d be better off establishing a shadow government to assume control once the whole bankster  bomb explodes.  When the federal government expires of its own weight and criminality, somebody will pick up the pieces.  Somebody better have a revenue plan ready to implement, a plan to pay the emergency services, and the troops they take under command.  A plan to secure territory and resources.  Someone will be doing that, the question is, “Who do you WANT doing that?”

Maybe Trump can pull this rabbit out of the hat, but I doubt it.  I wish him all the best and pray for my country. But all the will in the world didn’t keep ‘Titanic’ afloat; all the will and prayers didn’t save the Confederacy. We too long ago let that wildcat out of the bag and nobody’s gonna get him stuffed back in.

YIKES!  Is this what everyone is NOT talking about?  Do these folks truly believe the American Republic is on her last legs.  And will the Progressive Oligarchy who pretends they are the ongoing American Republic see the above as secessionist speech?  Or worse yet, HATE speech?

And will lovers of Liberty everywhere continue to turn a blind eye to the every-increasing power of government, straighten the brim of their aluminum fedora, and retreat back to the warren wherein they reside?  With cases of energy drinks and sketchy Internet access?
Until the Dream of a Constitutional Republic conceived in Liberty collapses under the morass of her own laws…
.  On second thought, I don’t want to…
______________________________________________________
(And, now for something completely different – as promised)
I would ask all of you bloggers out there to at least make the effort to post a link to www.projectwelcomehometroops.org/#22kill

Even ONE of these heroes making this choice is unacceptable!

I'm a child of the 50's. libertarian, now medically-retired. I've been a certified firearms trainer, a private investigator, and worked for a major credit card company for almost 22 years. I am a proud NRA Life Member. I am a limited-government, free-market capitalist, who believes in the U.S. Constitution and the Rule of Law.
View all posts by guffaw1952 »
« A Challenge
Today In History, Recent and A Few Years Ago… »