Control of the Presidential Election

The headline reads “Homeland Security to Take Charge of Election.” My first thought was, well, sure, they did such a great job at the airports, why not?

There’s certainly security issues with the elections, clear problems with unauthorized voting, tallies that make no sense, and the possibility that the outcome in a state could be compromised by computer.

Consolidating the election into a singe system means a single point of failure. You could easily have multiple, overlapping intrusions skewing the results and those intrusion could come from both internal and external actors.

Let’s see…
An administration rife with corruption, political double-dealing, and outright crime, criminals (and communists) decides without input from the People or the States that they are to oversee the election.
What could possibly go wrong? 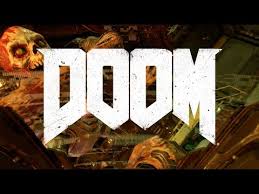 I'm a child of the 50's. libertarian, now medically-retired. I've been a certified firearms trainer, a private investigator, and worked for a major credit card company for almost 22 years. I am a proud NRA Life Member. I am a limited-government, free-market capitalist, who believes in the U.S. Constitution and the Rule of Law.
View all posts by guffaw1952 »
« Don’t Be There! (NSFW)
Attention All Ostriches! »