Those of you who have read this blog for more than a week (poor bast***s) know me well enough to know I was raised on TV and movies.  I’m still hooked, and love nothing more than wasting my time in front of the idiot box selecting from either live television or the DVR.

Besides, I cannot afford to do much else.

And television has evolved from my childhood in the 50’s (3, 4 or 5 channels, shutting down at night with The National Anthem, followed by a ‘test pattern’ – youngsters, ask anyone born before 1960!) to a multitude of cable and satellite networks broadcasting 24/7, numbering in the hundreds, visible on flat digital TVs, tablets, PCs and even smartphones.  From pretty much anywhere in the ‘civilized’ world!

Of course, I can watch Underwater Argentinian Curling at 0300, if I choose!  (just kidding, but not by much.)

I didn’t pay much attention to the actors of my youth (except the character actors – love them!), specifically, the number.

The few shows from Hollywood, those from NYC, how many actors were in that pool in say, 1956?

How many actors in this pool?

I contend it’s roughly 300.  Because of my largely unscientific but copious viewing habits, I’ve noticed actor A on that series (lead) when that series gets cancelled, shows up on a new series (as a second lead) almost immediately!

And if THAT series gets cancelled, they magically appear in a third, almost immediately.  As a special guest.  One week, the guy’s a federal special agent, the next he’s a city cop.  And in 13 weeks (or less) he appears as a metrosexual TV reporter.

Of course, most of these folks are extremely ‘talented’, (or at least pretty people!)

Look at Ted Danson.  He began as a murdered cop in ‘The Onion Field’, Went to ‘Cheers’, then ‘CSI’, then ‘CSI Cyber’ and now ‘The Good Place’.  With lots more in between.

And watching reruns makes it even more confusing.  I just watched an episode of Law & Order Criminal Intent (2001-2011), with Michael Emerson (as the main bad guy).  He has an ‘affair’ with Cara Buono, whom he ends up murdering.  (Victim #3).

Move to Person of Interest (2010-2015).  Michael Emerson is now Mr. Finch, the creator of ‘the machine’ who spies on everyone, and Cara Buono guest stars as Martine, whose job it is to assassinate Finch and his agents.  While I’m certain Mr. Emerson put in a good word with the casting folks, it further acknowledges the almost incestuous nature of the 300.

Well, back to the idiot box… 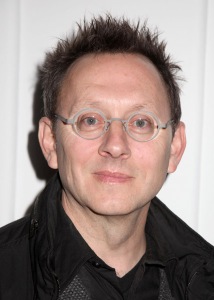 I'm a child of the 50's. libertarian, now medically-retired. I've been a certified firearms trainer, a private investigator, and worked for a major credit card company for almost 22 years. I am a proud NRA Life Member. I am a limited-government, free-market capitalist, who believes in the U.S. Constitution and the Rule of Law.
View all posts by guffaw1952 »
« Where Is This GUFFAW Of Which You Speak?
THIS Is CNN, Part Two »