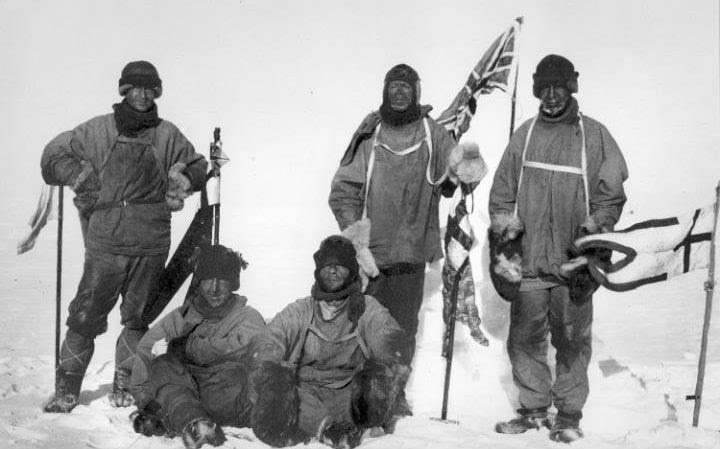 Antarctic sea ice had barely changed from where it was 100 years ago, scientists have discovered, after pouring over the logbooks of great polar explorers such as Robert Falcon Scott and Ernest Shackleton. Experts were concerned that ice at the South Pole had declined significantly since the 1950s, which they feared was driven by man-made climate change.

But new analysis suggests that conditions are now virtually identical to when the Terra Nova and Endurance sailed to the continent in the early 1900s, indicating that declines are part of a natural cycle and not the result of global warming.

Remember in the 60’s- 70’s, it was going to be the next Ice Age?  Followed in the 90’s by erosion of the ozone layer and everyone getting sunburned.  Then came Global Warming – until the scientific results didn’t fit – then it renamed Climate Change. (because, the climate doesn’t NOT change).
What do all these ‘scientific proven results’ have in common?  They are man made (because men, commerce and industry is inherently evil!)
Funny how many of the same scientists jumped from one catastrophe to another, whenever the outcome was in question.
And leftist politicians are all about punishing those who don’t toe-the-line!
Galileo much?

I'm a child of the 50's. libertarian, now medically-retired. I've been a certified firearms trainer, a private investigator, and worked for a major credit card company for almost 22 years. I am a proud NRA Life Member. I am a limited-government, free-market capitalist, who believes in the U.S. Constitution and the Rule of Law.
View all posts by guffaw1952 »
« A ‘Hate’ Sticky Note
And We Want MORE (Undocumented) Refugees Here? »