or sick comedy.  I don’t know which.

One if my many maladies is I have arthritis.  It seems to rear it’s ugly head in colder, more humid weather.

Fortunately, I live in a (mostly) dry desert.  😛

I went to the grocery yesterday, and reviewed the over-the-counter preparations. (A through G?)

Most were made of menthol, along with some kind of delivery system – cream, aerosol, etc.  I already have some Icy (something) at home.  For me, it doesn’t work as advertised, it just burns.  😦

Then I saw this cream made with emu oil.  Another preparation which had been recommended to me.  Preparation E?

I happily spent the $12 and took the 4 ounce jar home.

Remember TRIOPENIN?  From SNL?  The pill bottle of pain medication impossible for the elderly person to open, eventually ending in a hammer breaking the bottle?

I thought it was real!

This simple jar with a simple screw-top lid.  Instructions state do not use if the safety seal is broken.  If I could unscrew the lid, I could verify the seal was intact, or not!

Banging the jar lid on the counter.  Pounding the lid with the jar upside down. Submerging the top of the jar in hot water to make it expand.  Vice grips and a large ‘C’ clamp.

I began wondering if some teenager superglued the lid shut, as a painful prank?

EVENTUALLY, some combination of the efforts above prevailed, coupled with prying between the jar and the lid with the sharp edge of a Buck-type knife.

THEN, of course, I had to remove the safety seal.  No, it had not been molested.

And, I finally got to the emu-oil preparation.  Initial trials are moderately successful.    We will see about the longer term.

I’m now wondering if ALL the jars are similarly sealed? 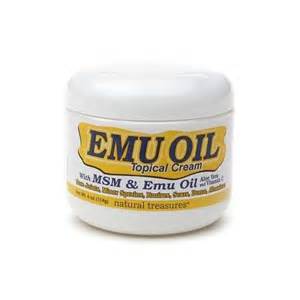 FTC – I purchased the cream, then had to painfully wrestle with it, just to get it open.  That should be enough for you.

I'm a child of the 50's. libertarian, now medically-retired. I've been a certified firearms trainer, a private investigator, and worked for a major credit card company for almost 22 years. I am a proud NRA Life Member. I am a limited-government, free-market capitalist, who believes in the U.S. Constitution and the Rule of Law.
View all posts by guffaw1952 »
« On Pedophilia
Sanctuary! Sanctuary! »