RSS feed for this section
This category contains 80 posts

As recounted here in previous episodes, I LIKE movies and TV.

So it was with The Wire. Dave (the mechanic) recommended it highly.  I don’t think I had HBO when it was first broadcast…

We found ourselves ‘between seasons’ on regular, commercial television.  And had been re-running shows we liked (ranging from Friends to Person-of-Interest) until we started mumbling the dialog under our breath.

Thank God for ‘The Hopper™’!

It was time for something new, to us at least.

And we remembered The Wire…

With no censor (it was HBO, after all)!

Well, you get the idea.

Well cast and acted. A tight script which kept you guessing.  Some good guys who were bad – some misguided.  Some bad guys trying to be good. Others just evil.

The Internet tells us many of the background cast we actual people from the street.  I’m certain this lowered production costs, but also added to the realism.

I recommend it.  But make certain the children are asleep in their beds.

Lest they listen and start repeating M…..F……

Or the ubiquitous ‘N’ word! 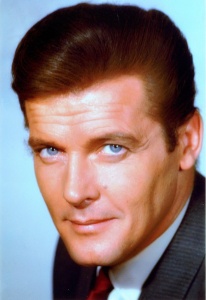 Nope.  Not another character actor.

But, one from my youth.

I first knew him from Ivanhoe (TV) and Maverick (TV) followed by The Saint TV series.  Suave, but offbeat.  Drove a car similar in outward appearance to the Bond car (a Volvo, hardly an Aston Martin!), but I was a kid – what did I know?

Had clever lines, foiled the bad guys – who could want for more?

Eventually, he replaced Connery, Lazenby as Bond.  I’d read all the books by then, and, while I enjoyed Live And Let Die, it was NOT Connery nor Lazenby, and had a campy, Batmanesque manner to it.

Not the James Bond I had grown to love.

I ended up watching two or three more of the Moore Bond films (of the eventual seven) and gave up.

I did enjoy The Persuaders, a British TV romp opposite Tony Curtis.  But, it only lasted two years.

But, I never forgave him for his the comic book portrayal of Bond.

He did take a conservative anti-Bond stance in an interview I once saw.  He was a conservative, religious man, and suggested Bond was not a very moral man.  Certainly not one he would like dating his daughter!  He was probably correct in this assessment.

You will be missed.

Just not as James Bond (by me, anyway).

You guys know how much I love character actors.

Sadly, another one has passed on – Powers Boothe.  Yesterday, of natural causes.

He’s one of those guys whom I had difficulty remembering his name, but loved his work.

Most of you probably remember him as ‘Curly’ Bill Brocius from the epic film Tombstone.

But he was so much more.

Jim Jones, Sin City, The Avengers, Deadwood, Agents of Shield, Nashville, Red Dawn, and 24 among many others.  He did the voice-over for Con Air.

I’ll always have a fondness for Philip Marlowe-Private Eye and Rapid Fire (wherein he played opposite Brandon Lee).

You will indeed be missed.

Now, it makes sense that people who travel in the same circles with similar interests would meet and perhaps get involved.  Or married.

And their are examples of opposites – Mary Matalin and James Carville, for example.

But, it does make one wonder…

When I was growing up, there were numerous Westerns on television.  Being raised by TV, I was familiar with most.  One of them was The Rifleman (1958-1963).

The Rifleman, aka Lucas McCain, was played to his macho hilt by Chuck Connors, a 6’5″ athlete (from Wikipedia, in part):

Kevin Joseph Aloysius “Chuck” Connors (April 10, 1921 – November 10, 1992) was an American actor, writer and professional basketball and baseball player. He is one of only 12 athletes in the history of American professional sports to have played both Major League Baseball and in the National Basketball Association. With a 40-year film and television career, he is best known for his five-year role as Lucas McCain in the highly rated ABC series The Rifleman (1958–63).[1]

There was a book, first published in 1965, entitled Hollywood Babylon.  There have been two subsequent printings.  The book went out of it’s way to defame the famous in Hollywood, mentioning the scandals, the rumors, the crime, the ‘dirt’ for which the public was so hungry.  Sal Mineo, Sharon Tate, Jayne Mansfield et al.

I don’t believe Chuck was mentioned in any of them.

The theme of the TV show was almost always (TV violence aside), a lesson which Lucas (a widower) would impart to his young son, Mark.  I remember one particular episode wherein the lecture was (at the end of the show after much gunfighting) regarding people who are different.  And just because they are different, doesn’t automatically make them BAD.  And how we, as honest human beings should strive to be accepting of such folk.

Of course, I was a kid, so this message went over my head.  When I saw the show again years later, some additional context was added.

An acquaintance, who has been a professional gun writer for many years, happened to see Chuck Connors at a large California gun show.  IN FULL DRAG! – complete with a wig and makeup!  This was a short time before he passed away.

This is not to defame Mr. Connors, but to suggest perhaps he and the TV show writers had a meeting-of-the-minds (?)

There are further rumors regarding Mr. Connors behavior all over the Internet.  As there are with pretty much anyone regarded as ‘famous’.

Just because it says so on the Internet doesn’t make it true! – Abraham Lincoln

I remember sharing this tale with a collections manager @ TMCCC* (my last workplace).  He ran away from me, covering his ears as though he were five years old!  Obviously, I had been messing with a macho hero of his!

I’m thoroughly convinced.  Hollywood has officially run out of ideas.

We were watching commercial TV last night.  The big promo was the announcement of the premiere of the new TV show Prison Break!  (Hmmm?  Wasn’t there a show with a similar title a few years back?  Hey look! – they have the same cast!)

Television has a plethora of repeats or re-writes.  Time After Time, based on the 70’s film with the same name, is now a series.  (BTW – there are at least another THREE time-travel-themed TV shows.  Stop looking at each other’s papers!)

I realize there are only so many formats, and popular themes make money.  And, to be honest, I enjoy some of the retreads.

When did sequels and re-writes champion original ideas and thoughts?  (not to mention some re-makes are abysmal!  The Man From UNCLE?)

Get some original ideas, people!

(Four reasons to bring back Firefly!) 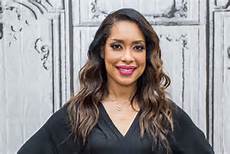 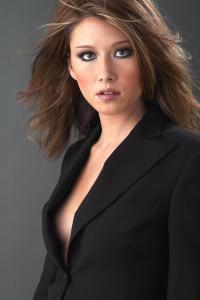 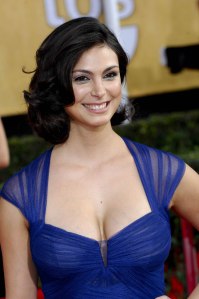