This tag is associated with 33 posts

I always wanted a Rolex™.

When I was newly married (and quite cash poor) I used to moon at the jeweler’s window in the Christown Mall, eying the Oyster Perpetual (in stainless or course, the lowest rung).  I think they wanted $350 for it!

Of course, this lust was because of my following of the tales of James Bond.  Since the 7th Grade.  Both the films and the books.  (Hint – the books are superior!)

When I became an adult, the lust continued.  And I never cobbled together enough funds to acquire one.

(I toyed with buying a knock-off on the Internet once, but it was Chinese, and I couldn’t bring myself to do it!)

Then I read a story.

Some guy was flying first class, and happened to be seated next to a well-appointed businessman.  They got to talking, and it turned out the business guy was the president of Rolex!

So, in the name of polite conversation, the other guy asked, “How’s the watch business?”

And, as a (somewhat) responsible adult, I always chuckled at the idea of a British intelligence agent either buying or being issued such an expensive timepiece.  Certainly not to keep undercover?

Then, Stormbringer gave me the answer!

(You have to click on the watch to see it!)

And Texas’ old one…

AND a federal one.

(and rather libertarian principles…)

I believe contracts between people (and corporations) should be voluntary in nature.

If your religion (or principles, or personal beliefs, or bigotry) coerce/convince you to not do business with someone because of their beliefs, or creed, or disability, or gender, or age, or sexual preference, et al, then, by all means, DON’T DO BUSINESS WITH THEM!

Be prepared to reap the attention of the Federal government.

Federal law already prohibits denial of goods or services due to a customer’s race, color, age, disability, or gender.  (Thank you President CLINTON!)  Why do States feel the need to rubber-stamp the federal law?

HOWEVER, I also believe, as they do in Texas, that businesses have to right to refuse service.  Period.  No explanation is necessary or required.

And THE MARKETPLACE will make the ultimate decision!

If a business excludes certain persons from engaging in contracts with them, then they will make less money.

Because there are more capitalists then there are bigots.

I’m certain there are more businesses ready, willing and able to do business with any customers brought to them by anyone with a wallet.

In Indiana, Arkansas, and Texas!

Imagine a world where government stays out of such things?

A pizza place in Indiana closed because of protests by persons who didn’t like their refusal to cater a gay wedding.  Here’s a hint – go elsewhere!

And the pizza place received unsolicited contributions from  freedom-loving folks (to the tune of over $450,000!) 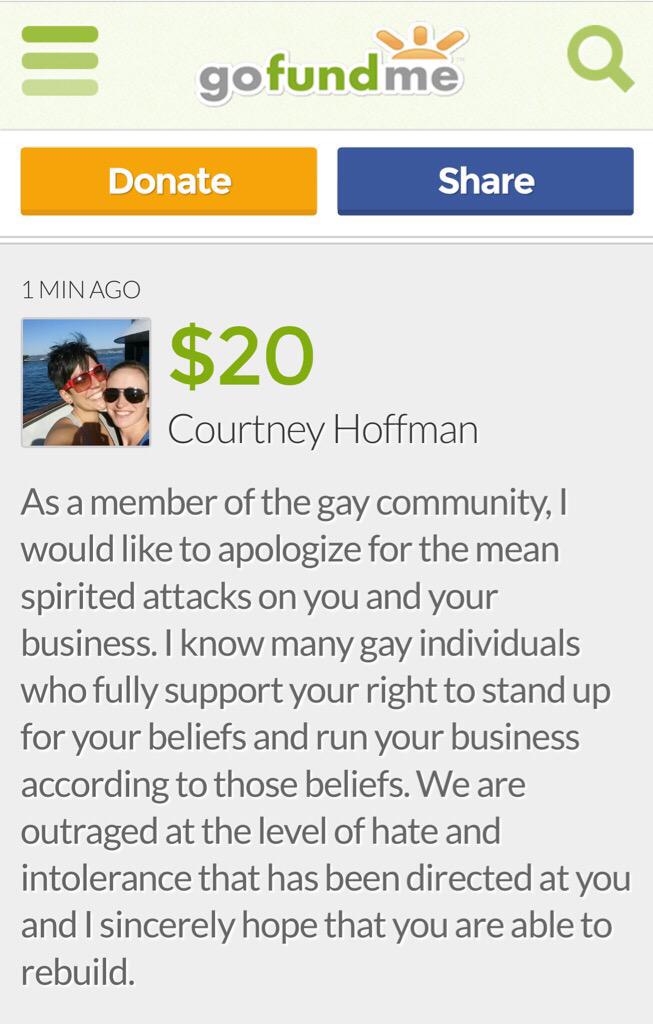 POLITICAL CORRECTNESS IS KILLING US!

The ubiquitous and intense (and sometimes sexy) show, which reveals for us mores and folkways of Madison Avenue in the 60’s and 70’s is back.  Complete with the political incorrectness, drinking and smoking in the workplace, and sometimes the degradation of women.

It was a different time.

Just call them the Redskin Potatoes. That way nobody gets hurt.

And no one gets to amputate the dictionary.

By now you’ve likely seen the suggestion to drop Washington

from the name, because it’s too embarrassing too.

Hypocrisy though is no longer racist, according to The National Council for La Raza, speaking for the United Negro College Fund, according to the National Association for the Advancement of Colored People, at a meeting of the Black Congressional Caucus. It remains improper to call mulattos mulatto.

This is cultural Marxism, an effort to control thought and language, by applying opprobrium, cultural taboos and using social constructs designed to pit classes against each other in a power struggle. It leads up to use of force justified by new law, to exercise political control over a population. It’s a very effective political technique and tearing at the fabric of America.

On a similar bent, have you seen the TV commercials for a Blacks Only on-line dating site?  Can you imagine the furor if there was a Whites Only dating site?  THAT (of course) would be racist!

And, not to be outdone, in Chicago…

Jim is a former Marine, and has worked for the federal government for years.  He is a good man, even though we differ politically and philosophically on many levels.

Jim LOVES trains.  Especially train history and actually traveling in them.  My father, who had worked on the railroad for a time (like his father before him) left me a gold-filled pocket watch, with a fob and locker key.  The key was to his locker in Grand Central Station, NY!

Jim loves trains so much that for his 50th birthday, I gave him my father’s watch, fob and key.  I knew he would appreciate it much more than me.

When we were in high school, Jim joined the National Association of Railroad Passengers.  Got me to join, too.  And Jim, his younger brother John and I took an overnight train trip from Flagstaff to L.A., and back (after spending a day @ Disneyland.)

Amtrak, the U.S. taxpayer-supported passenger railroad, is losing tens of millions of dollars a year on food and beverage service even after years of cost cutting, its inspector general said.…

The government running goods and services just isn’t healthy for the economy!  (BTW – my ‘membership’ in the NARP only lasted one year.  My heart wasn’t in it.)

Sorry Jim!  And that government-run postal service for whom you work isn’t a bastion of efficiency and profit, either!  Maybe they should increase the cost of their ad deliveries and get into the 21st Century offering Email and computer message services?

The Silicon Graybeard, connected us to The Daily Sheeple, who informs us of more skullduggery in the realm of the financial world.

These sections include, but are not limited to, the sale of firearms or any similar product.  (emphasis Guffaw)

Accordingly, pursuant to Section 4 of the Acceptable Use Guidelines, your ability to access and use the Authorize.NetServices will be terminated on September 30, 2013.

(from a letter posted to a gun store in business four years, using ‘Authorize.net’ (aka VISA) services)

Of course, after they determined they were ‘losing their shirts’ not taking business from strip clubs (e.g. irony), the policy was quietly discontinued.

If we all stopped using VISA, not just for purchasing firearms and equipment, but for EVERYTHING, do you think they would also reconsider their policy?

Variation On A Theme

My roommate sprung for lunch, yesterday.  We went to SMASHBURGER; first time visitors.  It was kinda like an upscale McDonalds.  Clean, organized, comfortable.  Greasy/Juicy burgers in a multitude of varieties, with a variety of sides, including some healthier choices.

They also had beer (!) and Haagen Dazs milkshakes!  No, those weren’t the healthier choices.

Arizona CCW Law says one may carry into a place that serves alcohol, if it’s predominantly a food emporium and one doesn’t drink whilst carrying.  Unless there is the dreaded ‘No Guns/Weapons Allowed’ sign posted. Open Carry has been legal in Arizona since she was a territory!  (Statehood – 1912, last of the 48!)

Smashburger had this sign, which I’d not seen before:

I did find this amusing, as this is a fairly liberal college town, and the sign didn’t conform to the CCW statute guidelines.  Of course, I would have prefered no sign at all, but hey, it’s their business.

We anticipate a return visit sometime, but not necessarily soon.  It’s no Thirsty Lion!

(FTC – neither Smashburger nor Thirsty Lion gave me anything.  Move along – nothing to see here.)

“Just when I thought I was out, they pull me back in!”

Siddhartha reminded me (by commenting on recent post) about the seduction of certain foods and chemicals.  Drugs – certainly.

Coffee – the low end of the speed spectrum, I grant you – George Carlin

Some years back, I was on a ‘health food’ regimen.  The specifics aren’t important, but one of the many things I denied myself (after years of thoroughly enjoying it) was caffeine.

But after about six week of withdrawing from pretty much everything I liked, I suddenly awakened feeling better.  And speaking of awakening, I slept like a rock, no interruptions, and awakened refreshed and energized!

This was not the insomnia-ridden, no-bladder-control, wake up tired experience I was used to!

And it was marvelous.  For a few years.

But, all good things must come to an end.  One of the things I’d NOT denied myself was television.  And with television came commercials.  With all her sexy, image-laden taunts of cheeseburgers, doughnuts, steak, ribs, french fries, and pizza.  And most importantly coffee and soda.

And soon I had another troop of chemically-laden, empty-caloried monkeys on my back!  Caffeine (and other things) in all her glory.

I’ve been thinking about giving it up again.  At least the caffeine.  Certainly all the diet soda I consume cannot be healthy for me.  (Not to mention the chemicals).

God give me chastity.  But don’t give it yet – Saint Augustine

(Now, seriously – where else will you see images of The Godfather and St. Augustine in the same essay?)

Business Cards of the Rich and Famous

I always wanted a business card.  When I was a kid, that was somehow a symbol you’ve ‘made it’.  I even hand drew my own when I was a kid magician.  And when I first had my P.I. business, I couldn’t afford much, so I spent what little I had on business cards and letterhead.  Cheaper than a real office…

I came across these on the Internet, and found them of interest.  You might visit the link below to see the whole collection…