This tag is associated with 9 posts

September 11.  The Sixteenth anniversary of the attack on American soil by segmented tribal forces of the Islamic right.

Yes, we got Bin Laden.  But the attacks now continue, internationally.

What are the choices?  To give up and eventually be assimilated (or killed) by radical Islam?

Or continue to fight the good fight?

I choose the latter.  And I’m medically retired and 64.  But I still have some fight left in me.

Today, I will take a moment to remember the innocents who died in the Twin Towers (including those who worked for

TMCCC, my former employer, and all the first responders) 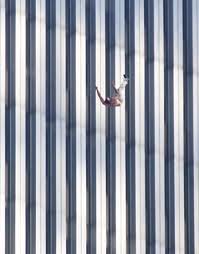 DRAMA IN THE SKY: Russia Flies Long-Range Bombers Off The Coast Of Alaska! For Second Day In A Row (AP)

How is this news?  I thought news that which is new?

I first heard about the Russians and Chinese buzzing U.S. waters back in the mid-70’s, from a good friend who was a Marine stationed aboard the Glomar [name redacted] spy ship in the early 70’s!

Ended with the Cold War? (tsch!)

It was (and is) a standard tactic ‘testing the fences’ (think Jurassic Park velociraptors) from time immemorial.

They just want to check our reaction time and methods.

They play silly games, as do we…

from TFB (in part)

First of all, my thoughts and prayers go out to the survivors and family members of the police officers murdered yesterday.  The female officer who was killed had just returned from maternity leave.  She had a four-month old child.  –  Guffaw

Whenever I travel somewhere, I have a tendency to notice armed police/security. Especially when they are carrying rifles. Just one week after the Chelsea bombing in NYC, my wife and I took our 4 month old to visit NYC. It was a bit of a risk since I could not legally carry in NYC, but then CCW won’t do much against an IED like what was used last week.. Anyway I noticed an increase in police activity. A lot more police officers on patrol. When I took this picture, I saw people coming up to these officers and thanking them for their service.

However these other officers stood out like sore thumbs in Time Square. They are all wearing Ops-Core helmets and what look like plate carriers. I do like that they have modernized and are using hearing protection which also doubles as communication head sets to their radios.  The rifles are sporting what looks like Aimpoint Pros with rear MBUS. The front sight is a folding gasblock front sight and the railed handguards have Inforce WMLs.

I remember posting about civilian police being deployed on a regular basis in teams with selective-fire weaponry some time ago.  Beginning in NYC.

And I was told this is already occurring in other metropolitan areas.

I remember active discussions in my Police Science classes (in the mid-70’s) regarding civil liberties versus police presence.  And the general consensus was we, as a society, preferred NOT to have cops on every corner!  Having them in teams with rifles was not even on the radar, then!

YES, we need policing.  How we go about it is the question.

And how we preserve, protect and defend The Constitution (including The Bill of Rights, of course) is another question.

The fact that we even have to ask these questions in the wake of the BLM violence and the cop killings in California (on a domestic violence call) further makes the point.

How armed do we want the police to be versus the legally-armed citizenry?

Barbarians At The Gate

Barbarians of one stripe or another had been after blowing up highly-visible stuff in the States for a good long while — a Federal building in Oklahoma City, a van-bomb at the World Trade center, and so on back to the 1886 Haymarket bombing in Chicago.  There’s no shortage of fools who think blowing up innocent people is a suitable method to effect change.

It’s not.  It’s been shown to produce nothing but death, injury and anger.  And we’ve now got the TSA bringing miniature, audience-participation versions of the Stanford Prison Experiment to every passenger airport in the country.

Here’s what I can tell you: when violent people initiate force against the innocent, more people step up to stop them (Flight 93), to help the victims (police and firefighters at the World Trade Center and Pentagon), and they do not count the personal cost; they step up.  Civilization is stronger than barbarism.  It is not destroyed from the outside.

So remember the heroes, probably none of whom felt especially heroic in the moment.  Remember the people who do what needs doing.  And don’t kid yourself that it won’t happen again.

Considering we remain at ‘war’ (in one degree or another) against these forces (both foreign and domestic) after 15 years, it’s good to hear that while said barbarians keep testing (and sometimes breaching) the fences, there are folks out there who continue to step up to do the task at hand.  Thank you, Roberta, for reminding us.

While it may be apocryphal, Winston Churchill is often quoted as having said (supposedly paraphrasing Orwell) “We sleep soundly in our beds because rough men stand ready in the night to visit violence on those who would do us harm.”

Greater love hath no man than this, that a man lay down his life for his friends.  (John 15:13)

“The object of war is not to die for your country but to make the other bastard die for his.”  –  General George S. Patton

First, please pray for the innocent victims and injured, if that’s what you do…

So many people were affected by 9/11.

Not all were the first targets and responders.

Here is one story: 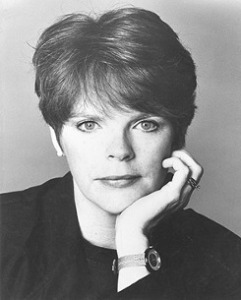 Ms. Scott is probably familiar to many of you, especially if you lived in the 70’s.  She was ubiquitous – on TV shows such as Mary Hartman Mary Hartman, Welcome Back Kotter, Ryan’s Hope, and movies like American Grafitti and Earthquake.  I remember her guesting on The Mike Douglas Show, wherein she shared she was the (uncredited) dead nude body of murder victim Anne Mary Deacon – as she was lifted from her shallow grave, in Dirty Harry!

Being (mostly) single, and in my 20’s during the 70’s, I always found her attractive.  So this part of her story saddens me.

Ironically, she died in Florida shortly after moving there from New York City to help an ailing sister. One day she collapsed and was in a coma for several days but awoke in the hospital and seemed to be fine for a spell. She was released two days later on her birthday. No explanation was given for the coma, but she seemed fine and in good spirits. Three days later she went to take a nap and never woke up. Cause of death uncertain despite an autopsy. She was cremated.

Her fiancé had been killed in the 9/11 attacks.

The mother of her fiancé said Scott developed a drinking disorder shortly after the the 9/11 atrocities. She says, “Debralee has cirrhosis of the liver from her drinking.” The actress’ sister Jerri Scott adds, “She never did get over Dennis’ death.”. (IMDB)

We got the bastard, and many of his crew for the terrorist attacks.  But, are still fighting overseas contingency operations against the forces who are determined to topple Western Civilization and establish a caliphate, with all the fundamentalist Muslim trappings.  Including Sharia Law.

How does one fight a war against a radical philosophy hiding within a religion, with no geographic boundaries?

We owe it to The Republic, the 2996 people killed directly, those killed indirectly, the injured, and their loved ones to find a way to stop this poison once-and-for-all!

Not to do so dishonors their memories.

What To Do In A Terrorist Attack

Michael Yon has advice (via Isegoria):

We are at war.
We must retrain our minds that we are not sheep to be slaughtered.
First option — unless you are law enforcement or a Soldier — is to escape. Second option is to hide. Final option, kill that son of a bitch. Bum-rush him.
Take his rifle and shoot him in the head.
He might be wearing a vest — when you are very close shoot his head twice and keep moving. If the rifle is out of ammo, kill him with the rifle butt or something else. Smash with all of your strength.
No time for hogtying him. There might be other terrorists and there is no time for pleasantries. Just kill him and keep your weapon pointed at potential enemies. Be very careful not to cause innocent casualties. Can be hard to do.
Ugly advice for an ugly age.

Basic…to the point…nothing fancy.
And yes, ugly.
I don’t understand the mindset of people who volunteer to be sheep – either they figure they will lose (or deserve to), and seem to operate on that premise.
Or that they are incapable of self-defense violence.  Unable to make an effort to save their own skin, or the skins of their loved ones.
REMEMBER – WE ARE THE FIRST RESPONDERS – IF WE CHOOSE TO RESPOND!
I’m old.  Slow.  Arthritic.  Physically disabled.
I’m in chronic pain.
BUT I WANT TO LIVE!

The JOY of misinterpreting electronic surveillance!

If you are not reading Peter Grant (Bayou Renaissance Man) daily, may I say your daily blog reading is – in the very least – incomplete!

For those of us interested in personal security and safety…

The scary-as-hell reality of an urban terrorist attack

America’s shopping malls are wide open to attack by terrorists and criminal thugs.  I’ve spoken about that on various occasions, and I’ll repeat here what I’ve warned before:

In today’s racially charged climate, with criminal flash mobs an ever-increasing problem in many cities, the average urban shopping mall now qualifies as a “stupid place” to be. (!!!)

In 2013 four Muslim fundamentalist terrorists attacked a shopping mall in Nairobi, Kenya, in a chilling foretaste of what could happen in any city in America at any time.  I wrote about it that same day.  I urge you to read the warning I gave then, and ask yourself the same questions I posed on that day.  They’re as relevant as ever they were.

Now Foreign Policy brings us an in-depth report on what happened that day in Nairobi, complete with many eye-witness and participant accounts.  It’s the next best thing to a security briefing on what you might confront any day now in an American shopping center.  I have no faith whatsoever that our police and security forces could stop such a thing from at least getting started.  I hope and trust they’d do rather better at shutting it down before it got out of hand:  but if the attacking party is larger, or better-armed, or their assault is timed to coincide with mass street protests that draw too many cops away from the danger zone . . . who knows?

We already know that fundamentalist Islamic terrorists and/or their sympathizers are trying to infiltrate the United States.  Some claim they’ve already done so.  None of us know the facts . . . but I guaran-damn-tee you, they want to.  Nairobi was a foreshadowing of what they’d like to do to the Great Satan, America itself.  Go read the Foreign Policy article in full, and ask yourself:  if something like that goes down tomorrow, in my town, and I’m there, what am I going to do about it?  Am I prepared to deal with it?  If not . . . why not?

Sad, but true, from Peter.
Those who say ‘it won’t happen here’ are whistling in the dark.
Stay safe.

For those not paying attention to the calendar…

And prayers and good thoughts for the victims, first responders and survivors.

And woe be to those who committed and continue to commit such heinous acts!