This tag is associated with 7 posts

As my Dad used to say, “I used to be young and foolish; I’m not young, anymore!”

I remember going to a local pizza parlor chain with ‘Gramp’, my beloved maternal grandfather.

But he’d always say,” We’re going to have an apizz.”

And, I thought he was weird and corrected him.

Well, I was wrong.

There are businesses there advertising APIZZ, not PIZZA!

As there have been for over one hundred years.

Turns out, the Italian immigrants who settled this region were from Naples, and made Margherita  (thin crust) pizza.

Perhaps less well-known, although no less delicious, is New Haven-style pizza, known in local vernacular as apizza. New Haven-style is thin like New York pizza, but if you walk into an apizza parlor and order a “plain,” you’ll get one without mootz (pronounced as foots), or mozzarella.

Apizza and mootz both come from the dialect of Naples immigrants who arrived in the area in the early 1920s. Apizza is pronounced uh-BEETs, with a silent final A.  (Mental Floss)

While we’re on the subject, some parts of the country call them ‘pizza pies’.

While to east coasters, it might feel perfectly natural to say “pie” when referring to a whole pizza, not so for those in other regions. In an informal poll I conducted, “pie” was described by west coasters as “pretentious” and “only something someone in a movie would say,” while one Brooklynite described those who didn’t use “pie” as “heathens.” The reason for this sharp divide is unclear. (Mental Floss)

Others, no mention of pie (some places think you are requesting a dessert!)

Great.  Now I’m hungry, with no pizza places open (0730 AZ time)! (And this is the 5th largest metropolitan area of the United States!  A travesty!)

Knives Of My Youth

There were a couple, or three.

The first I owned because of my Father’s disconnect.

He was raised on the East Coast, in a more poor part of town, by a railroad policeman/former Marine.  An Irish neighborhood.

In my mind, his youth resembled a Dead-End Kids movie, except not in NYC.

And, laws aside, there were knives and guns around.  And his Dad’s rules about them – were something akin to ‘touch anything without permission and you get a beating’!

Fast-forward to 1960s Arizona.  A desert, agricultural college town.  Lots of farm and ranch kids.  About 3/4 or whom carried some kind of folder with them.  Girls included.

We had a couple guns at home, which I was not allowed to touch (see above).

One day, while I was in grade school, my Dad came into the back yard where I was playing.  And he handed me a folding knife.  I was going to be leaving for camp in the Summer, and he thought I should have one of his (!) 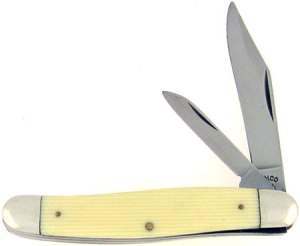 AND, not unlike The Dead End Kids, he gave me a quick lesson in Mumbley-Peg with it!  Not understanding knives didn’t stick well in the dry, desert dirt.  See, disconnect.

None of my friends had ever seen such a game.  And, anyway, they didn’t bring their knives out at school.

And, I took the knife to camp, a fellow camper borrowed it, cut himself, got taken to the ER(!), and I never saw it again!  He was okay, though.

Fast forward to a year or so later.  I’d made friends with a couple of kids a block over, including a little

red headed girl (!)  (Puberty had yet to hit, and, anyway, she was younger than me and a friend’s sister…I wonder where she is now? STOP THAT!)

My birthday came around, and surprise-surprise, the little red haired girl stopped by with a present!  (Hell, most of my friends hadn’t given me anything!)

And what do you think it was…?

NO, not a folding knife.

A sheathed belt knife!  How cool was THAT?  Of course, my Dad immediately glommed onto it for his camping and fishing trips.

And it resided in the truck’s over-the-cab camper for years.  Until my Dad passed and everything was given away or sold.  😦

Now, my maternal grandfather (aka ‘Gramp’) always carried a knife!  When I was a kid, I thought this was a disconnect, as he was an East Coast banker-type.  The only time we ever say it was when there were presents.

Used to open the boxes!  A Christy gentleman’s knife!

Although, if I really wanted one, Christy still makes them!

FTC – no companies gave me any of these knives for commercial endorsement – now go away!

A number of folks close to me have pre-deceased me.  And with some (not all) it would be nice to have another 15 minutes.

My Mother, who passed when I was in the Second Grade.  My maternal grandfather, Gramp, when I was 24.  Of course my daughter Molly, when she was 12…

And a couple of others.

But, I’ve never had that kind of  spiritual connection.  And I’m a little envious of those who have!

My friend Bob – who saw a vision of his mother in the moment of her passing.  Five miles away!

A girlfriend who saw ‘something’ resembling my deceased dog Ilsa wandering around my house.

My daughter had a childhood friend and neighbor who awakened one night to see a black cat outside on her closed window sill.  My daughter loved cats.  And the cat opened her mouth and laughed, sounding just like my daughter!  Of course, this could have been a dream – except the girl’s mom ran into her room and exclaimed, “I heard her, too!”  This was about one month after Molly’s passing.

But for me, bupkis.

I like to think I’m a spiritual guy.  Perhaps I am, but just not in that way.

Being diabetic, alcohol is probably something I shouldn’t consume in quantity.  Besides, I made up for it during my college years! 😛

Regardless, occasionally I still enjoy a good beer.  By choice, I significantly cut back on the quantity I was imbibing as of 1 January, and have lost a significant amount of weight.

I’m not a fan of IPAs.  India Pale Ales.  They are just too hoppy for me.  In my youth, I was a Budweiser man, escalating to Michelob for special occasions.  And light beer never appealed to me.  And heavy porters and such just aren’t for me.  Not Guiness, either (sorry Brigid!)  With the advent of micro-breweries, there have developed many more choices, however.

Lately, I’ve been enjoying Blue Moon, which is a Belgian Wheat Ale with orange undertone.  Good restaurants serve it with an orange slice.  Quite refreshing in the hot Summer months.  I used to enjoy Lumberyard Raspberry Ale – but sadly the microbrewery in Flagstaff stopped production of this nectar.  A couple of dear friends have gifted me with Lindeman’s Framboise Lambic, a low alcohol content from Belgium which can only be described as tasting like raspberry champagne!  And, it’s corked!  They have also given us Sonora White Chocolate Ale, which is yummy in combination with the Lambic, or all by itself.  Sadly, I don’t drink these as often, because I view them as for special occasions.  And I only have so many.  🙂

Once of my loyal blog readers is Dave, of Musings Over A Pint.  If you like thoughtful discourse, and discussion regarding beer, and firearms (separately, of course!) Dave’s your guy.

Give him a visit!

“Beer is proof that God loves us, and wants us to be happy.” – Benjamin Franklin

(Sadly, this is a misquote.  What Dr. Franklin actually said was, “Behold the rain which descends from heaven upon our vineyards, there it enters the roots of the vines, to be changed into wine, a constant proof that God loves us, and loves to see us happy.”)

Cheers!  Or as Gramp always said, “Prosit” – loosely translated “May this beverage bring you health!”

There seems to be a concerted effort being made to unravel history.

We all know that history is written by the winners.  This is why we in the United States call it the American Revolution.  I don’t know what British historians call it.

Since the Federals won the Civil War, that’s what it’s called.  Except in States who had been in rebellion, who refer to it as The War Between The States.

Etruscans vs. Romans?  I’ve no idea what the Etruscans called it – there aren’t any left to ask! 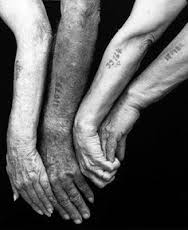 And now, we’re back to the everybody versus the Jews.

I recently received an email from one of my regular blog readers with a link designed to unravel history.  It shows photographs, maps and such, purported to be of Auschwitz, showing cafeterias, recreational areas, etc. in an effort to claim the final solution is some kind of fiction, and we have been sold a bill-of-goods; that the Jews made it all up, and they have their propagandistic agenda, not the Nazis!

Other Nazi documentation, testimony, photographs, notwithstanding!

NO, I’ll not name the source, nor link to the material.

I’m not Jewish, however I’ve family members who witnessed the atrocities, and have spoken personally with military medical personnel (a friend’s father) who patched up camp survivors, and heard their testimony.

But the lies continue to be perpetuated across the Internet.

I STAND WITH ISRAEL AND JEWS AND FREE PEOPLE EVERYWHERE, just as I stand with The United States, warts and all.

We must remain ever-vigilant, my friends, for ALL free people! – Guffaw

Today is the 235th Anniversary of the famous ride of Sybil Ludington, the 16 year-old daughter of Col. Henry Ludington (who served directly under General George Washington.)
She rode in a rainstorm, and on muddy roads, to alert the militia that the British were burning Danbury (Ct.) and they should muster against their advance at Ludington’s.  She rode over 40 miles (twice the distance of Paul Revere) in the middle of the night.  The 400 troops she alerted were unable to save Danbury, but did stop the British from further advancing, and they pushed them back to their boats. (1777)
Gramp (about whom I posted earlier) my maternal grandfather, married a Ludington, something of which he was most proud.

As today is my Grandfather’s Birthday (in 1892!), a couple remembrances…

He rarely spoke of his wife, who died in the influenza epidemic of 1919, and he never remarried.  He raised my Mother alone (with the help of his sister and mother).

Although he was a banker most of his life, he had enough education to be thoughtful, well-read and in possession of many skills.  He was an expert carpenter, and did everything with manually-operated hand tools, like a brace and bit!

And, as his parents were German immigrants, he spoke fluent German.  One of my regrets is I didn’t avail myself of his knowledge (of German and many other things) before his passing in 1977.  I was a callow youth.

I have adopted one of his habits, though.  He always placed a rubber band around his wallet, to discourage pickpockets (he said).  When asked about it, I always say it’s an old banker’s trick, I learned it from an old banker.

For some mysterious reason, he wasn’t particularly fond of dogs.  I’ve no idea why.  And, of course, dogs would sense this aversion and approach him.  He had a standard response.

He was one great Grandfather and a terrific human being.  I miss him.

He always toasted with a hearty “Prosit!”, which is a German idiom for “May this beverage bring you health!”