No, this is NOT a review of the TV show.

It’s basically a send-up of the STAR TREK universe, with funny jokes and social commentary.

But the last episode (Majority Rule) was a cutting indictment of social media (Facebook, Democracy, anyone?)

The explorers visit a society wherein everyone at age eighteen they get a mandatory badge, containing a green up arrow and a red down one.

Any passers-by may choose to press one – or not.

Too many RED (usually do to some social faux paux) eventually gets one ‘reprogrammed’ (essentially lobatomized) .  Escapees are killed.

I unfortunately have friends who think The Electoral College should be eliminated in favor of Majority Vote.  Resulting in a Ca./Ny national policy and leadership, undoubtedly.

Not only so they not understand history or The Constitution.

(Okay, you may now press my button.)

The Civil War Is Here!?

Daniel Greenfield, Shillman Journalism Fellow at the Freedom Center, aka “Sultan Knish” has a piece up on Frontpage Mag entitled The Civil War is Here.  QotD:

We can have a system of government based around the Constitution with democratically elected representatives. Or we can have one based on the ideological principles of the left in which all laws and processes, including elections and the Constitution, are fig leaves for enforcing social justice.

But we cannot have both.

That is what we have now.

The question is what comes next.

What comes next, indeed?

We have already seen areas in major U.S. cities where one may not travel safely.  Including racial and religious intolerance.  Now, political intolerance has been added.  People being attacked because they openly support The President or just appear to have!

There is now a massive divide in this Republic, and it appears no amount of positive propaganda, Norman Rockwell posters or calls to regain civility will solve the problem.  The Fabian Socialists have reunited with the Communists (non-Fabian socialists), and are systematically attempting to disrupt social order to the point government has lost perceived control.

And, as the public education system has been so diluted, edited or poisoned to the extent American generations no longer understand (or support) The Constitution and Bill of Rights, this will go either of two ways:

BIGGOV will attempt to regain control by being more fascistic (see The Patriot Act), or the Leftists will continue to promote more violence and social disorder until the government falls.

In any case, I don’t see a pleasant, non-violent outcome for The Republic.

The Great Experiment is coming to an end.

Whether we want it to, or not…

Is This The Beginning Of The End?

I’m speaking of this Republic.

With Rome, it was either when the Ottoman Turks took Byzantium (Constantinople) 1453 AD or when a barbarian deposed the last western Roman emperor 476 AD (ancient history About.com)

What is/was the beginning of the end of this Constitutional Republic we know as The United States?

Establishment of the Federal Reserve?  (1913)

Or is it an amalgamation of these and many other things, eating away at our Constitutional substance, punctuated by further federal government oversteps such as Ruby Ridge and Waco?  No-knock warrants, followed by airport searches and sobriety checkpoints.  Massive surveillance of our electronic communications.  Prohibitions of Speech seen as ‘politically-incorrect’.  The killing of Blacks by police – whether or not legitimate actions – spun by self-serving propagandists into an ersatz race war?

I’m certain all ‘civilizations’, be they primitive neolithic cultures like the American Indian when the White man first laid eyes on him, or the Romans, or the Christian Turks all thought they would endure forever.

And so have most of we Americans.

I guess the true question isn’t what was the tipping point.

from a miniseries The Dark Ages

How To Do Gun Control

And now, this (courtesy of Wirecutter)…

In what was dubbed a “makeshift reorganization” in a January 20 USA Today article, employees tasked with reviewing NICS appeals have been “temporarily” reassigned to assist with the considerable increase in background checks. According to the article, this has created a backlog of 7,100 denial appeals.

Suspending the NICS denial appeal process takes on an even more sinister character when one contemplates the chief gun control measure advocated by the Obama administration. Under a “universal” background check scheme, individuals would be unable to lawfully obtain firearms without subjecting themselves to a NICS check. If such legislation was currently in force, an individual who found themselves erroneously flagged by NICS, no matter how law-abiding, would have no avenue to legally acquire a firearm and no means to challenge their incorrect NICS status, obliterating their ability to exercise their rights in perpetuity, short of judicial intervention.
MORE

They just keep chipping away, don’t they? 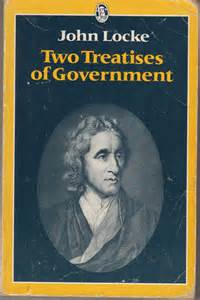 Those of you who have read (political) History are familiar with John Locke, and his concept of the Social Contract(?)  You remember, the idea that ‘We The People’ make a Contract with those we ‘choose’ to govern us(?)

The basis for The Declaration of Independence.

Well, good news, everyone! Governor Terry McAuliffe and “republican leaders” have concluded a series of backroom agreements that restores reciprocity, sort of, and all the repubs and the NRA had to give away was any hope of Virginia gun owners ever feeling safe from the state…

In exchange, Republicans softened their stances on issues that have long been non-starters in the GOP-controlled General Assembly. Under the deal, the state would take guns away from anyone who was under a two-year protective order for domestic-violence offenses. And State Police would have to attend all gun shows to provide background checks for private sellers if they requested the service.

So everything’s cool, Virginia, except that you better never get your wife mad at you and there’ll be armed goons looking over your shoulder any time you think it might be fun to pop into a gun show. But other than that, yay! Say hey for the beauties of compromise, I guess…

Of course, there’s that pesky (federal) Lautenberg Amendment thing, too.

When we make a contract with government, there is ALWAYS the other side to the contract.  Their codicil spelling out our duties and responsibilities under the ‘agreement’.

Because they never just give us anything – not when they can use a hook!