This tag is associated with 2 posts

A Thought From Old NFO

The Good, The Bad, and The Ugly (Phone)

I’m kind of an old-fashioned guy.  Or should I say old-school.  I still like revolvers.

But, this doesn’t mean I’m a luddite.  I DO appreciate what technology brings us.  Anesthesia, antibiotics, magazines that hold more than 7 rounds…

And cellular telephones.  Brought to us as a result of the Space Race.

I bought my first cell phone at a gun show (quelle surprise!) in the mid 90s.  Why?  Because I spent more-and-more time in the desert, and thought (presuming service was available) that modern communication was preferable to walking in 20 miles, if my then 8-year-old Isuzu Trooper failed.

And, just like advances in home computers, I’ve grown to appreciate the advances made in cell phones.  But, with my financial condition, I was never able to afford anything past the basic flip phone.  And I’ve kept them long past their expected life span.  Two in eight years.  My last one was on four years, had a screen failure, and was over her contract.  I was paying month-to-month, not able to improve my technological lot.

My roomie, a savvy businesswoman who lives and runs her business on her smart phone, decided she wanted to upgrade her phone to the new Apple IPhone – and she asked me if I wanted her ‘old’ smart phone!  At first I balked, because I was unfamiliar with the operation (okay, it scared me a little), and I started trolling the Internet looking for new smartphones.  Then, I saw their price! 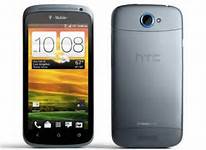 Okay, you got a deal! 🙂  She got her Apple, and I got her htc One S.  And yes, Virginia, it IS a steep learning curve!  But not insurmountable.

The fact that I can surf the Web, check all my email accounts, take wonderful photographs, do text messaging (which I loathe), and even make telephone calls is amazing!  AND, if my four-year old-PC fails, in a pinch, I can even write this blog from there!  That, and check email without climbing stairs – which is a good thing with my disabilities.

Thanks, J. for your kindness and generosity!

PPS – attn FTC, neither htc nor Apple gave me anything.  Go find your own phone!