This tag is associated with 30 posts

Mr. B (In the Middle of the Right)

That the Gun Massacres were few and far between until the Gun Control folks began their push?

And there are so many things that make the Conspiracy folks go crazy in every story. Sometimes I wonder if they are right.

Ferinstance, this guy’s story has a lot of holes in it (starting about 2:40) (“The bullet was as big as my finger and it was sticking out of his leg (shows 6 inches)”)…. Makes one wonder. (Plus admitting that you might have trapped others to die?)

It would seem that the incident of gun massacres are increasing. I am beginning to wonder if they are all real whackjobs (as opposed to staged things) especially when I see “witnesses” like the above…It is odd that we had so few until a few years ago….Almost as if the farther behind the gun grabbers get, the harder they try the murderous gun whackos grow bolder….

I used to know a psychologist (NOT as a patient) with whom I was discussing the PROGRAMMING OF HUMAN BEINGS.  The discussion came about not because of the excellent film The Manchurian Candidate (the original, not the poor remake), but because of accusations Sirhan Sirhan (the poor bastard who was convicted of shooting Robert Kennedy from behind, even though he was never behind him!) had been programmed by folks wanting Kennedy dead for his pro-Israeli stance.  (Of course, Sirhan DID shoot many around Kennedy).
I had been reading a sketchy book regarding the assassination, and had questions, thinking I would be laughed at for bringing programming up.
The shrink told me we had been involved in programming since the 50’s, and had picked up much of it from the Soviets (this conversation was in the 80’s), who had begun research in the 40’s!!
YES.  There are lone nut-jobs out there.  And YES, conspiracy theories abound.
But it IS interesting that while any kind of mass shooting now gets increased media attention, that more seem to happen when there is an election looming.  And, of course, The Left is there at-the-ready with numerous, poorly-written screeds in an effort to pass more anti-rights legislation (also pre-prepared, well in advance).
Directed against the law-abiding citizen.
Odd that.

“You never want a serious crisis to go to waste. And what I mean by that is an opportunity to do things that you think you could not do before.”  –  Rahm Emanuel (now Chicago Mayor)

(And, now for something completely different – as promised)
I would ask all of you bloggers out there to at least make the effort to post a link to www.projectwelcomehometroops.org/#22kill

Even ONE of these heroes making this choice is unacceptable! (Day #21 of 22)

Just because H. habilis was several branches back on the family bush doesn’t mean we’re supposed to stop being handy.

I get not carrying a pistol. It’s not for everybody and, if done with any level of seriousness, demands certain commitments and obligations that not everyone wants to undertake, and that’s cool. It’s still (mostly) a free country.

But how do you go through life without a flashlight and some kind of knife? Our most primitive ancestors carried sharp rocks around with them. Hell, carrying a sharpened rock around in case of future need is basically how we tell where the apes stop and the people start in our fossil family album. If they could have carried a light around without it burning their fingers or going out all the time, you bet they would have.

They make flashlights and knives small enough to accommodate any code, dress or legal, up with which you have to put.

AMEN!
I (and many of my brethren and sistern) have carried knives in perpetuity!  And many times flashlights.  (Especially now, with the advent of modern technology involving LCD bulbs and lithium batteries! – small!)
Unfortunately (or fortunately) my knife is mostly utilized to open envelopes (my maternal grandfather would cringe at persons using thumbs and fingers to open envelopes – he had a Christy!), and packages (my roommate is going for the Amazon customer of the year award – of course, she has her own cutlery!)  My Kershaw Ken Onion Blur rests clipped in my right, front pocket.
And Flashlights?  I’ve a two-inch long one affixed to my keychain, and a larger one (with lithium batteries) in my car console, and another in my nightstand.  AND, a Maglite nightstand adjacent!
Sight is of some value.
As is a cutting, stabbing, slashing device.

I recently ‘joined’ Pinterest, another (self-serving) social media website wherein one chooses topics in which one has an interest (guns, humor, history, watches, pets for example), and pictures, articles, recipes, essays, things-for-sale appear in a hodge-podge of stuff from other members (aka PINS).  One may simply view them, expand them for more in-depth reading and/or comment on them.  PIN them to review later (as more are always being added.)  And, of course, add their own PINS to the group conversation! Funny Pictures Of The Day – 42 Pics I’m new at this, but this PIN caught my eye:

Undercover Bracelet
A useful tool for covert and undercover operators, those that travel abroad in unstable countries, or anyone at risk of being held unlawfully.
A leading federal law enforcement agency asked for a special emergency handcuff key for their undercover operatives.
The Undercover Bracelet is the result.
This unique handcuff key is designed to always be situated at the optimum location for access and deployment – right next to the wrist.
Disguised as a common “gummy bracelet”, this rubbery flexible bracelet won’t draw even a second glance when worn in most environments.
This device is completely non-metallic, even the key portion.
The key, which is permanently affixed to one end of the bracelet, serves as the connector joining the two ends.
The key is not visible when the bracelet is worn.

It is quickly accessed by just yanking on the bracelet, exposing the key.

The bracelet accommodates wrists up to 10″, and can be cut down to fit.

No, not this guy (although I love him!  Sang this in the (award-winning) high school choir!)

From the same folks who brought us the now-defunct browser Opera, it claims versatility, speed, stability and low memory use.

I’ve been using and tweaking it for a little over three weeks now, and am still impressed.

Will advise if any major ‘bumps-in-the-road’ appear.

(FTC – this is FREE, they give me nothing.  Go suck eggs, or something!)

(Within your State and federal guidelines, and laws, of course! – Guffaw)

Of course, the folks who wish to restrict your rights and ban everything are VERY upset by the ever-increasing easiness of this emerging technology.  Those criminals who simply steal other’s firearms will undoubtedly find this method simpler…
MAROONS!
h/t Free North Carolina

No, not the birds and bees with your children, or the inane TV show.

(from the USCCA and Kevin Michalowski) 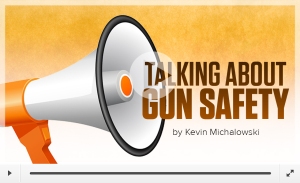 Sooner or later you will have to talk to your non-gun-owning friends about why you carry. You might be asked not to carry at someone’s house. Or you might be grilled on gun safety at your house when people come to visit. I can’t give you the exact words; they are your friends, not mine. But understand that…

SO…it’s NOT just about Safety.

It’s about rights, and protection, and so much more.

There have been a few places I’ve chosen to not carry, and not by government edict, either.  It’s been about respect, perceived security, and sometimes plain ol’ convenience.

But sometimes having a civil Talk is just what seems appropriate.

A Wealth Of Fail

“How much fail can there BE in one photo and paragraph?”  –  paraphrasing ‘Chandler Bing’ (the Matthew Perry character on TV’s Friends)

Now, you guys KNOW I’m no tool guy, and even I saw the ridiculousness of this image and comment.  ‘Automatic assault rifle’ verbiage, aside…

‘Did some research’?  Seriously?

A former intelligence analyst, Stella Morabito, who grew up in a left-wing family and calls herself a “realist,” is speaking out about mass manipulation, political correctness and the transgender agenda.

Her writings at The Federalist got the attention of Rush Limbaugh back in June when he seemed fascinated by her piece on mass delusion. A subsequent related piece is here.
In this exclusive video interview with the Daily Caller News Foundation, she details how the left uses mass manipulation techniques to confuse Americans and grab power. She condemns conservatives for not even realizing the behavior modification techniques being employed in the political square, such as those encouraged by liberals such as Cass Sunstein, who wrote the book “Nudge” or George Lakoff.

More with video @ The Daily Caller

I will keep saying it until ‘they’ lock me up, or silence me – Political Correctness will be the death of this Republic!
h/t Brock Townsend

I’m quietly resting on my laurels, thinking the ‘chores’ (a word from childhood I loathe!) are completed, when the lady of the house says to me,

“We have more plants to move in the back yard so the painters can access the walls.”

But, it must be done.  After all, if we don’t move the stuff, the walls won’t get properly painted.  And, I’m certain, the HOA would try to fine us for noncompliance with the bylaws.  (Being a townhouse H.O.A. and all!)

Fortunately, we didn’t have THAT much to do.  Mostly pry a large, overgrown yucca from it’s perch and move it about six feet away from the wall.

BUT, we accomplished the task.  Here is a picture of the side of the yard, showing about half the plants, tools, cacti and succulents we moved:

The offending yucca plant is left-of-center.

And, of course, once the painting, exterior maintenance and noise are completed, we will get to move everything BACK!

As my Dad used to say, no rest for the wicked!