This tag is associated with 13 posts

As I grew up doing magic (eventually becoming semi-pro in my teens), I know many secrets – even if I cannot perform them personally.  😛

And, sadly, knowledge kinda ruins watching other magicians!  I’m looking for the gimmick, misdirection, the gaffe, the secret – other than just enjoying the performance for entertainment sake.

It takes an unusual talent to keep me interested in the actual performance.

I am also an AZDPS certified/NRA trained instructor.  And have trained people professionally in safe gun-handling and proper techniques.  I also shot in IPSC competition for a short time.

The point being, while I’m no big-time trainer/shooter, I have been around.

And, this has spoiled many TV shows and movies for me.

It’s hard for me to suspend my disbelief when I see a magician perform poorly (and not on purpose for comedy, ala Carl Balantine!)

The same thing applies to gun handling from Hollywood.

In recent memory, the TV show 24, with the counter-terrorist expert Jack Bauer (played by Kiefer Sutherland) holding his pistol as a cup-and-saucer.  Obviously, the set firearms trainer didn’t bother, or the actor didn’t care!

To be fair, Hollywood has generally improved in this area – Michael Mann with Miami Vice and Heat brought in weapons experts.  We don’t see the ‘grabbing the wrist’ thing as much as we once did.

I’ve been binge watching Bosch on Amazon.  Based on Michael Connolly’s book character, the plots are generally riveting and well acted.  And Titus Welliver as the lead is pretty good, as a driven, ‘colors-outside-the-lines’ LAPD detective.

But, they had a big parking lot gun fight last night (Season 2), and many of the ‘professionals’ (both mobsters and cops) confused concealment with cover, and kept doing the jack-in-the-box thing (jumping up from behind something to return fire).

Smile for the camera!

It kinda took the wind out of my sails…

I plan on continuing to watch it, and hope the acting and the plot hide the poor action sequences.

(NEWSER) – A civilian review panel tasked with investigating complaints against New York City cops has spotted a trend: NYPD officers knocking cellphones and other video recording devices out of the hands of concerned citizens. In a three-year analysis of complaints against city officers starting in 2014, the Civilian Complaint Review Board discovered 257 complaints that contained 346 allegations of officer interference with civilian recordings of police actions, LawNewz reports, citing a CCRB report. In addition to knocking devices out of civilians’ hands, those acts of interference included verbal directions to stop recording, obstructing sightlines, and threatening to arrest or detain civilians for recording police actions. All told, 46% of the complaints alleged physical interference.
MORE

It’s New York, so I cannot carry a weapon.

And the police can do as they please and interfere with lawful recording in public of questionable events.

(Of course, Selleck is NOT the real police commissioner of NYC, either!) 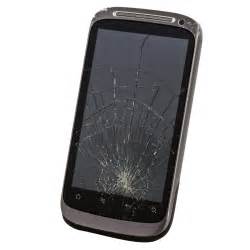 Reminiscent of watching Air Force One, and seeing a President fight terrorists.  Then leaving the theater feeling great, then remembering that the real President (at the time) was Bill Clinton!

Again, The Grim Reaper Does Not Rest

Remember last year, and the celebrities just dropping like flies?

If you don’t follow Hollywood news, you will not have heard.  But, he passed away from complications after heart surgery Saturday at age 61!

And from all reports was a funny, decent, kind man.  (Sometimes, when these Hollywood folks go away, little is said about their character.  Because they are @$$holes.  Obviously, not in this case.)  He was married 30 years, and had two children.  Hardly stereotypical Hollywood.

Word is the remaining episodes of Training Day are ‘in the can’ and will be shown.  Sadly, even if he had survived, word is also it would probably not have been renewed for a second season.

RIP, Bill.  You are missed!

(It’s said it comes in threes.  Guess it all depends on when one begins counting, and what the criterion are…)

You all know me and my love of character actors.  Mr. Polito first appeared on my radar in the wonderful 80’s TV show Crime Story, as a third lead mobster versus Dennis Farina and his major crimes crew.   (Any resemblance of the show’s character to Sam Giancana was purely coincidental, I’m sure…)

Later, it was Miller’s Crossing, Homicide: Life On The Street, Barton Fink, The X Files and many other shows and films.

Almost always playing some flavor of wiseguy.  Oh, he played in THAT, too!  He played cops, too (as mob-cast guys often do!)

Turned out he was distantly related to a friend of mine here locally with the same last name!  I’m sorry for your loss.

Your gruff voice and persona will certainly be missed!

Taking Out A Sentry

Back-in-the-day, when I was young and foolish (I’m not so young, anymore) I used to read Soldier Of Fortune magazine.  (In addition to Shotgun News, Guns & Ammo, Shooting Times, Guns Magazine and pretty much every firearms periodical I could find!)  This was before they were sued for facilitating a hitman in their classifieds, and LTC Robert Brown (founder and publisher – U.S.Army-Retired) reportedly discharged a 1911 underwater at a Scottsdale resort pool.  Just to see if it would function.  Rumor was some alcohol was involved.

For me, being unable to get into the military, I was, as Brown described it, truly an armchair adventurer.

And, unlike Playboy’s centerfold (that used to be nude women – sigh), SOF had a centerfold with a different focus.  Sentry removal.

I’m certain Michael Echanis, premier martial arts editor, had something to do with the content.

It would illustrate techniques like the Turkish twist, and judiciously-lethal dagger placement, as though all the readership had been to the CIA’s ‘Farm’ or Ranger School.

Like we were all spec-ops assassins just aching to ‘take out a sentry’, silently.

Of course, we weren’t, but enjoyed reading such macho fodder, nevertheless.

And we’d do the joke about ‘taking out’ sentries whenever a new issue arrived on the newsstand.

April 2016 was the last paper edition of SOF.  It continues to be available online.

I’ve not read it regularly for some years.  For me, just getting out of the armchair requires effort enough.  Forget adventure or sentries. 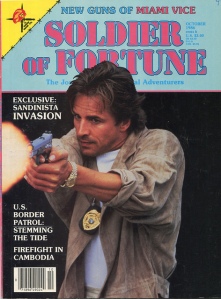 The Politically-Incorrect On Television

I’ve gotten used to seeing political correctness on TV.  Not that I like it, but have come to the realization that most of the TV show writers, producers and networks foster an agenda.  Nowhere near that of a constitutional republic.

And many times, it’s not based in fact – it’s based on what is perceived as popular and liberal.

An aside on a sitcom about the prevalence of global warming; the presence of a gun – in and of itself – shown as evil and dangerous.  The whole BLM agenda, as well.

But, occasionally, some differing opinions slip through the cracks!

Last Man Standing – a sitcom with Tim Allen as a beleaguered conservative business owner, surrounded by liberals and mostly conservative females.  Making statements against The President’s policies and Secretary Clinton’s lack-of-action about Benghazi.  And, still remaining a comedy!

Criminal Minds – The FBI against serial killers, with Joe Mantegna (another Gunsite graduate) showing off many his many skills.

Criminal Minds: Beyond Borders – Another FBI vehicle, this time offshore, with Gary Sinise (a champion for the American Veteran).  In a recent episode, they helped capture a duo of American mass murderers in Cuba (!)  Sinise gave a passionate spiel about the Communist propaganda prevalent on our college campuses, and the ubiquitiousness of that vile t-shirt celebrating a murdering bigot Che’!

So, there IS hope…

Sadly, watching Blue Bloods, with Mr. Selleck as the Police Commissioner, I’m reminded of watching the movie Air Force One (in the 80’s), wherein Harrison Ford plays a President who had been a Green Beret (I remember).  He stands up to terrorists and kicks a**!

I left the theater feeling good.  Until I remembered Bill Clinton was (then) the actual President!

Truth IS Stranger Than Fiction

Long-time readers of my blog may recall my mentioning the television show Chicago PD, wherein the fictional detectives of the CPD Intelligence Squad sometimes sequester persons they have kidnapped and subject them to torture to obtain information to convict them, and/or locate other crimes/criminals.

Certainly not in accordance with current civilian criminal law procedures.  Do we remember Escobedo?  Miranda?

I pooh-poohed the program, another in the long list of shows from the Law & Order producers, as highly fictionalized.

Then comes this news…

Yesterday (March 1, 2015), ABC7 Chicago released a fact sheet from the Chicago Police Department on the Homan Square facility. There have been recent claims that the police department is operating a “secretive facility in Homan Square on Chicago’s West Side where criminal suspects are denied basic rights.” The Chicago Police Department is denying any alleged abuse of suspects, saying the lack of signage on the building is because Homan Square is the “base of operations for officers working undercover assignments.”Source: http://www.glennbeck.com/2015/03/02/secret-facility-in-chicago-where-criminals-are-being-tortured-without-due-process/?utm_source=glennbeck&utm_medium=contentcopy_link

REALLY?  Our own little Lubyanka Prison in America’s Heartland?
Of course, I’m certain everything is on the up-and-up with this facility, and that there are no other such places in New York or Los Angeles.  Or Middle America U.S.A. (sarcasm)
Let’s see.  We have ‘Star Chamber’ courts (FISA courts).  Persons can be detained without knowing where they are, or access to legal counsel, and subjected to extra-legal interrogation techniques.  Apparently now at both the federal and state levels.  We can be molested while traveling to determine if we are impaired, or our citizenship status, or if we possess any kind of weapon. (Department of Homeland Security, Border Patrol).
And now THIS!
DOES ANYONE SEE A PROBLEM WITH THIS TREND, ‘CAUSE I DO!
h/t Glenn Beck

The girls, the guns, the music, the gritty (for then) plot lines.  Being a young married guy at the time, who was shooting I.P.S.C. on Thursday nights, Friday evening was just right for kicking back and imagining my suburban life rebooted as Sonny Crockett.

NBC program director Brandon Tartikoff had put out the request for a new show with the memo:  Give me MTV Cops!

I’d admired the lead actor Don Johnson since A Boy and his Dog, and the fact Michael Mann (the producer/creator who had done the film Thief) hired experts to show the actors proper gun handling and techniques made this TV show too cool.  The Galco custom holster, the Bren 10 pistol (used by Johnson one year, until they could no longer get magazines!), the ubiquitous Weaver stances, Jan Hammer’s music…

Now. Johnson (@ age 64) is himself envisioning a Miami Vice reboot!

I loved the show, but, what are they going to call it – Geriatric Vice?

I tend to like (my) women with longer hair.

This doesn’t mean it must be past their waist (especially if it starts at their lower back!) but it does mean in this matter I tend to be traditional.

BUT, this doesn’t mean I’m inflexible…

Witness the exemplars below:

REMEMBER Janine Turner (of Northern Exposure) fame?  Smart, savvy, with those terrific eyes?  She was the main reason I watched the show!

I recently stumbled upon a new show entitled Taxi Brooklyn, wherein a female NYPD detective (who is an abysmal driver) enlists the aid of a suspect/witness to chauffeur her around in his taxi.  The plot and theme have many holes in them, but, then there’s this detective… 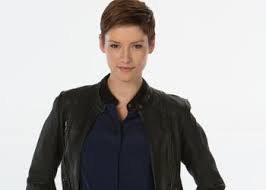 Not a beautiful as Janine Turner, but still as appealing and spunky!

I still like women with longer hair, but, I WILL make exceptions!

Gotta be flexible, ya know.

As Broderick Crawford represented the Highway Patrol, and Lee Marvin the M Squad (Homicide), Efrem Zimbalist, Jr. WAS the FBI in the FBI TV Series.

During Hoover’s last years, when we had Cointelpro, Mr. Zimbalist played the G-Man to a T, the ideal J. Edgar only dreamt of.  He was even gifted by the Director with retired FBI Agent credentials!

Of course, he was also the head PI @ 77 Sunset Strip, first!